Even though southern Germany's Romantic Road might these days be more well-known, the German Alpine Road is the older of the two tourist trails.

Drivers were toughing their way across the foothills of the Bavarian Alps from the southwestern corner of the state through to the border near Salzburg way back in the Thirties.

In those days, the country roads definitely deserved that title and some of the hairpin bends on the narrow lanes and occasional hilly passes must have been led to white-knuckled grips on the steering wheel.

And the road can justifiably claim to be the oldest tourist route in the country as the diary of King Maximilian of Bavaria shows that he passed the same way in the 19th century.

Nowadays, of course, things are a little bit more accessible and the Alpine Road is a pleasure for anyone wanting to take their time in Bavaria's mountain countryside. 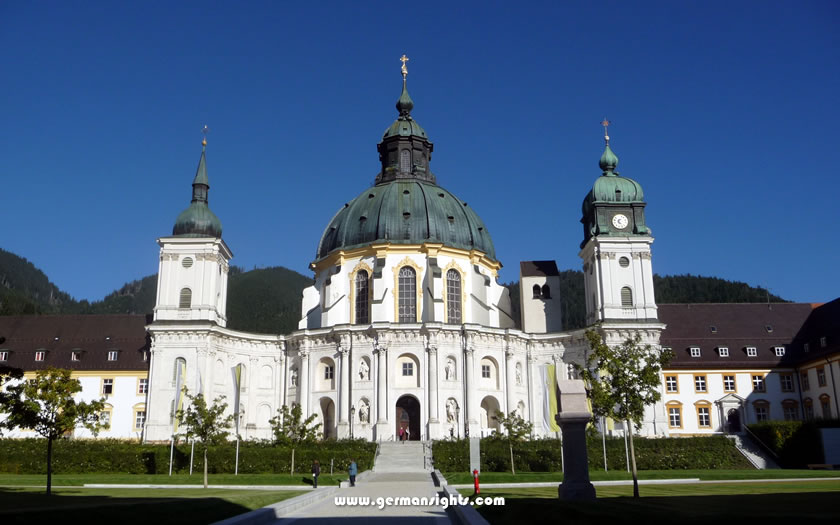 The 450km route starts at the picturesque village of Lindau on the north-eastern shore of Lake Constance. It winds its way through Füssen and the Allgäu region and some lovely mountain scenery before visiting the historic buildings around Oberammergau.

Then it's off to the ritziest mountain resort - Garmisch-Partenkirchen, with its views of the Zugspitze, Germany's highest mountain - before skirting the water at Tegernsee and Schliersee on the way to the biggest of all of the state's lakes - the Chiemsee.

After a stop there (and maybe a trip out on the ferry to the historic castle on an island in the middle of the lake) it's back into the mountains for the last stretch of the journey through towards some of Germany's most spectacular mountain scenery around Berchtesgaden.

General Information about the Alpine Road

According to the marketing organisation for the road, the idea for an alpine route through the southern part of Germany was first proposed back in the 19th century.

Emperor Maximilian of Bavaria is supposed to have taken a trip around the middle of that century very similar to the tour as it stands today. (Although without the major attractions of Neuschwanstein Castle, Linderhof Palace and Herrenchiemsee Palace, which were all built later by his son King Ludwig II!)

And one assumes in those days that the route through the German Alps would have been by horse or horse and carriage. 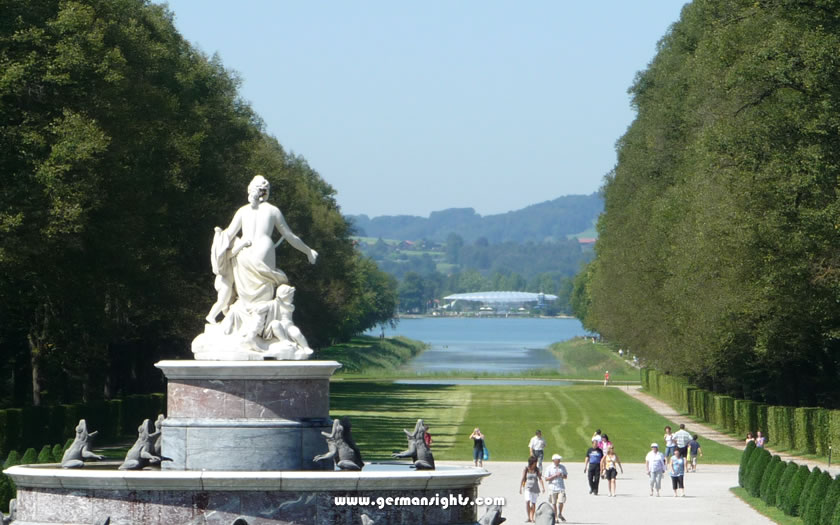 Herrenchiemsee Palace on an island in the Chiemsee

Be that as it may, the idea of driving the route was raised once more a little bit later in the Twenties and was pushed by the German Touring Club and local political and administrative functionaries (many of whom saw this as a way to get central funding for much-needed transport infrastructure improvements).

In 1933 work started on the project in Inzell and, by the start of the Second World War, more than half of the improvements necessary for the route had been finished.

However, with the post-war rebuilding of Germany, there were far more important building projects with demands on funding and it was not until 1960 that the entire route was finished.

Much of the information about the individual locations on the Alpine Road is available under the specific town links in the navigation menu.

Those thinking of visiting the German Alpine Road will find that it is extremely accessible from nearby population centres and transport hubs such as Munich, Innsbruck and Salzburg, as the route often runs close to the Austrian border.

There are a number of airports and public transport options for getting to the Alpine Road and details of the best options for various towns along the way are given in the location pages. Our general travel page covers ways of getting to southern Germany and moving about on public transport before, during and after the route:
Travel to the Alpine Road

Each town has a selection of hotel accommodation featured in the specific section, but there are those who are just looking for a cheap place to lay their head. With this in mind we've collected what we could about organised and private hostel accommodation along the way:
Hostels along the Alpine Road