Schwäbisch Hall is a attractive destination with a historic city centre filled with medieval buildings and timbered houses in the winding alleys leading up from the banks of the river Kocher.

Ask most Germans and they would connect the name of the town with a prominent building society in the country (which still has its headquarters in Schwäbisch Hall).

But the town, located in the northeast of Baden-Württemberg around 90 kilometres away from Stuttgart, has a far more historic claim to fame.

The word 'Hall' in a German placename almost always means that the location has a history of salt mining or production and the buildings from the Middle Ages in the old town which now draw thousands of visitors mostly date from the period when its prosperity was based on its salt production. 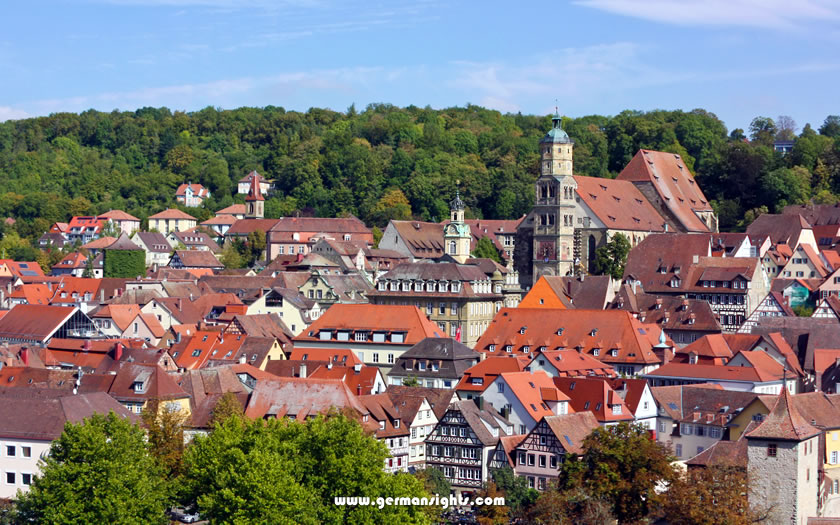 The medieval town centre of Schwäbisch Hall in Germany

The salt works in Schwäbisch Hall did not just date from the Middle Ages. Archaeological works have discovered that the Celts had their own saline works here from the 5th century BC. Salt was extracted by heading the mineral-rich groundwater in the area.

The town as visitors would recognise it probably started to develop around the 11th century. The Church of St Michael was built in the middle of the 12th century and a market was held in the open area in front of it (where the present day 'Market Square' is located). 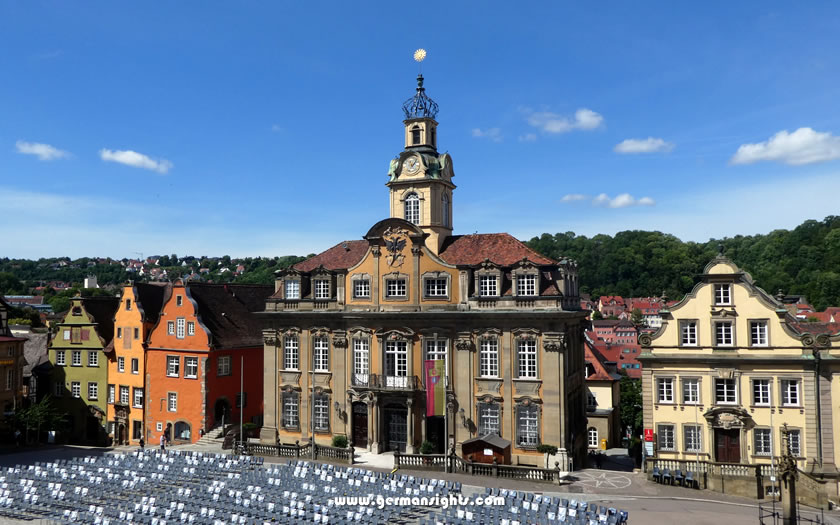 The market square and town hall in Schwäbisch Hall

The town is referred to in written form for the first time in an official document at the start of the 13th century and was raised to the status of an Imperial Free City in the Holy Roman Empire later in the same century.

In the 14th century the town had spread to the other side of the Kocher river as it started to become an important trade centre for livestock and other goods from the farms in the area.

The town was also the host for the mint where the 'Haller' penny was produced in the days of the Staufer dynasty. This was used as popular coinage in the Middle Ages.

Like many of the towns in the area, Schwäbisch Hall was hit hard by the twin catastrophes of the religious wars which followed the Reformation and by the plague and disease caused by the Thirty Years' War. It is thought to have lost a fifth of its population in the mid-17th century.

The salt production helped to keep the economy of the district going and, helped by engineering improvements, it developed into one of the largest saltworks in southern Germany by the start of the 19th century. 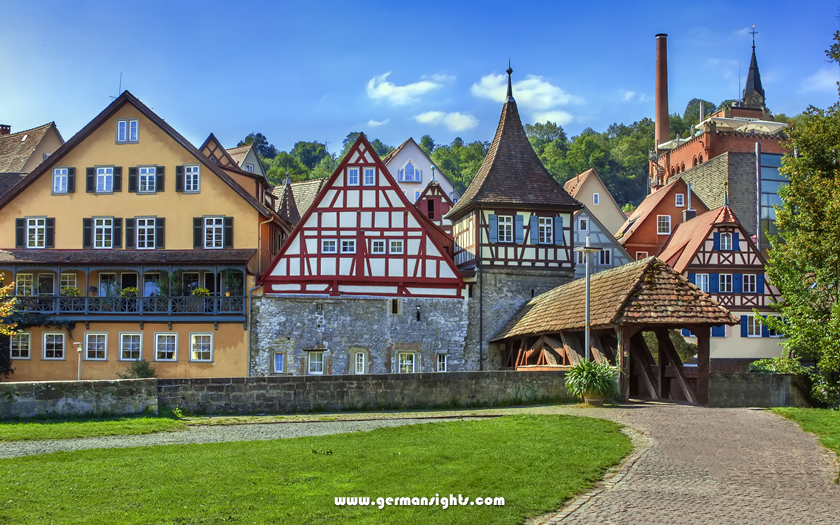 A view of the Roter Steg bridge across the Kocher river

As the importance of the salt production facilities started to decline, Schwäbisch Hall started a new life as a destination for visitors looking for baths in the mineral-rich waters, helped by the building of a train station which connected it to the national rail network.

The historic town was relatively undamaged by the end of World War II and the US Army were stationed at Dolan Barracks in the city until the 1990s.

The tourist office is located just down hill from the Marktplatz ('Market Square') in the heart of the town. It is open weekdays and Saturday mornings all year round, with longer weekend hours and Sunday opening in the summer months.

Visitory can take advantage of a pamphlet with a guided walk around the sights of the town centre, where there is plenty of interest, be it the history of a half-timbered house in the Marktplatz, the town history museum (Hällisch-Fränkisches Museum or the views of the old town across the Kocher river.
Tourist Office: www.schwaebischhall.de (German only)