Lenggries is a relatively small town in the Isar valley, but the area that the local council covers is the largest in Bavaria and one of the biggest in Germany.

It is part of the Alpine Road route which heads south of Bad Tölz and through the mountain countryside towards the Tegernsee.

It is a popular destination for walkers in the summer and skiers on the small but still quite challenging Brauneck ski area. 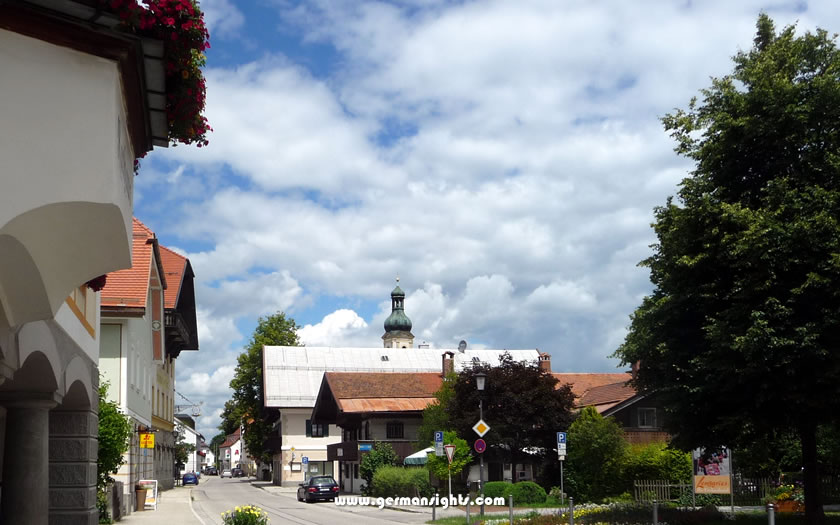 More information about accommodation options and ways of getting to Lenggries area is available on the travel page:
Lenggries Hotels & Travel

The name Lenggries is closely connected to the river that it was built on - it refers to the extensive limestone gravel and shingle banks brought down from the mountains by the water.

The limestone in the area was used to make plaster and mortar after it was heated in special kilns, while the river itself was an important trade artery for the raft traffic from Lenggries. 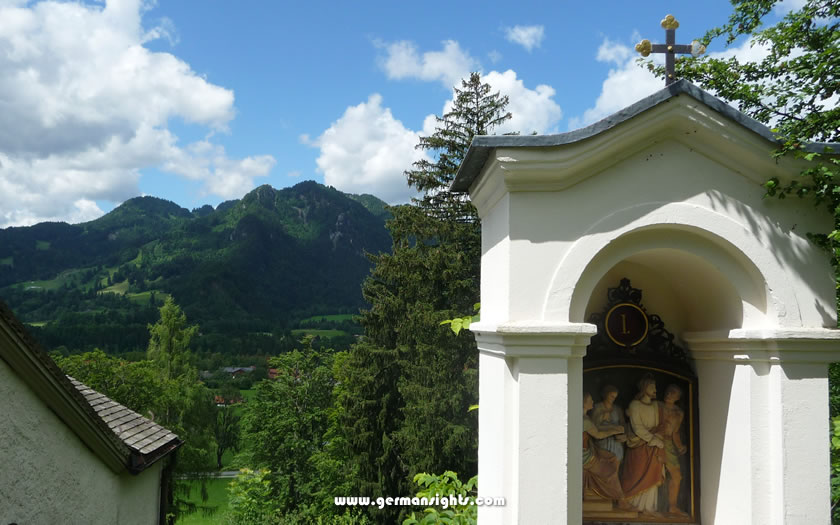 The town is thought to have started as a workers' settlement at the base of the old Hohenburg castle (only ruins of the original are now visible near the calvary hill).

The constant growth in towns to the north along the Isar river led to the development of the rafting traffic from Lenggries. The main cargo was products made from the limestone: quicklime, lime mortar and lime plaster.

The industry became so important that the amount of wood used in the process of heating the limestone led to concerns from landowners about deforestation of the area in the 15th century and following eras. At the height of the river trade around 800 rafts transported goods downstream.

The modernisation of building materials and methods and the construction of the nearby Walchensee hydro-electric power station in the early 20th century put paid to the small-scale industry.

However by that time Lenggries had started to build a tourist industry, the area having been romanticised by German authors and artists, and in 1924 the town was connected to Munich by a modern train line.

Lenggries nowadays profits from its connections between the population centres to the north and the mountains surrounding the town. The ski area is one of the better-known German resorts and the local ski club is renowned for its production of World Cup and Olympic ski racers.

The town tourist office is situated in the centre and has a small local museum upstairs:
Website: www.lenggries.de