Bad Tölz is an attractive small town to the south of Munich which acts as something of a gateway to the Alps.

From here the roads and rail lines head south through to the mountain resort of Lenggries with its walking areas and ski runs and towards the popular lake towns of the Tegernsee. 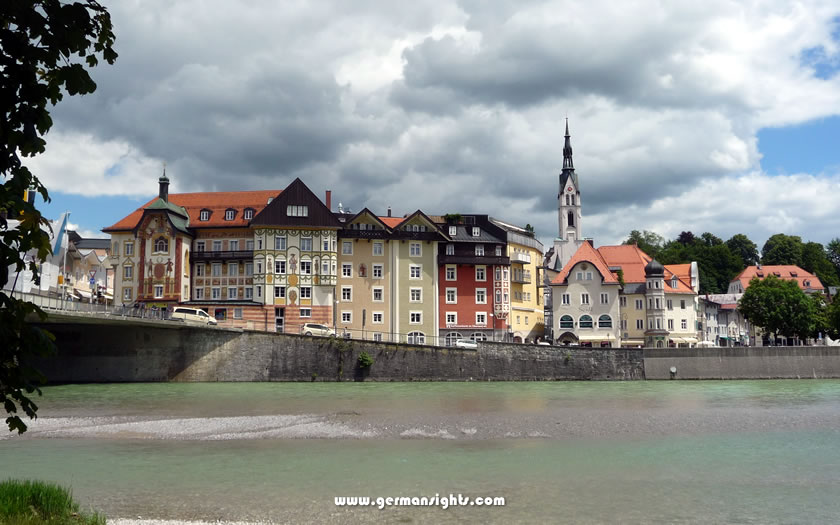 The route from the town of Kochel am See through to the towns above is also part of the popular German Alpine Road tourist route.

Bad Tölz has a good variety of accommodation and more information about the options and the means of getting to the town is available on the travel page:
Bad Tölz Hotels & Travel

The origins of Bad Tölz are closely connected to the river Isar. The river served as a traffic artery in the Middle Ages with the rafting trade bringing goods north to Munich.

This important north-south commercial route crossed the old salt road running east to west from the mines at Bad Reichenhall through to other parts of Bavaria.

Bad Tölz was ideally placed to prosper from all of this activity and became an important market town for the traders and travellers. 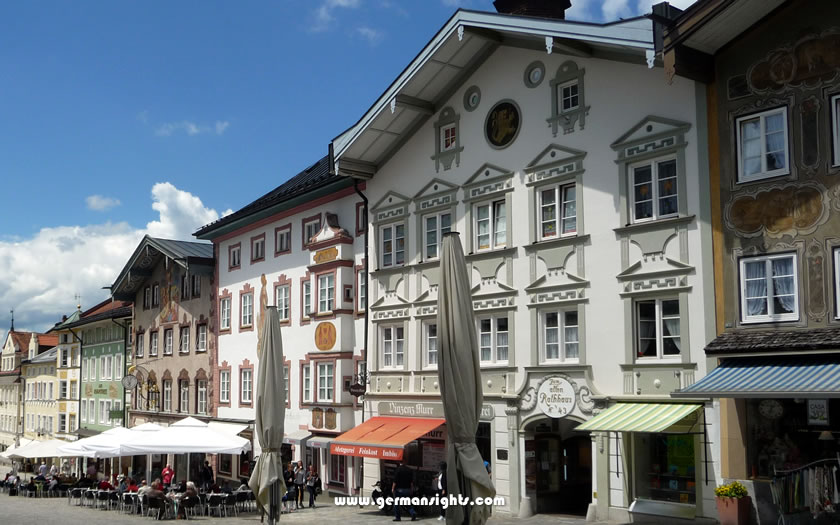 The market street in Bad Tölz

It received its official market rights in the early 14th century. Despite the prosperity that this brought, Bad Tölz - like most of the local settlements - also suffered badly from recurring bouts of the plague and the after-effects of the religious wars in central Europe.

However, Bad Tölz wasn't only restricted to the passing trade traffic. It later became an important centre for artistic cabinet-making and for the brewing industry. By the time of the 18th century it could count 22 breweries within the town.

In the mid-19th century iodine springs were discovered in the area and Bad Tölz was once again able to reinvent itself, this time as a spa resort (the "Bad" being an official title meaning spa which was received at the very end of the 19th century.

At the same time as the picture of the town was being changed with the construction of distinctive spa buildings and villas, the river rafting trade was slowly dying. The final nail in the coffin was the building of the Walchensee power station in the 1920s, which meant that the flow of water in the Isar was insufficient for the river traffic.

The tourist office offers pamphlets in both English and German which detail walks on both the 'historic' and the 'spa' side of the river and up to the Leonardi chapel visible on the hill on the edge of town. All of them together will probably take three hours but the tour around the historic centre is probably sufficient for most day visitors.

The main town tourist office is located on the 'spa side' of the river but there is a second office in the town museum in the main historic centre:
Website: www.bad-toelz.de