Straubing is a medium-sized administrative centre of nearly 50,000 inhabitants on the banks of the Danube in the eastern part of Bavaria.

Located between Regensburg and Passau, it is also one of the gateways to the Bavarian Forest region - a popular tourist destination for active visitors.

Straubing has a decent selection of hotels - more details about accommodation options and different forms of transport to the town is available on the travel page:
Straubing Hotels & Travel 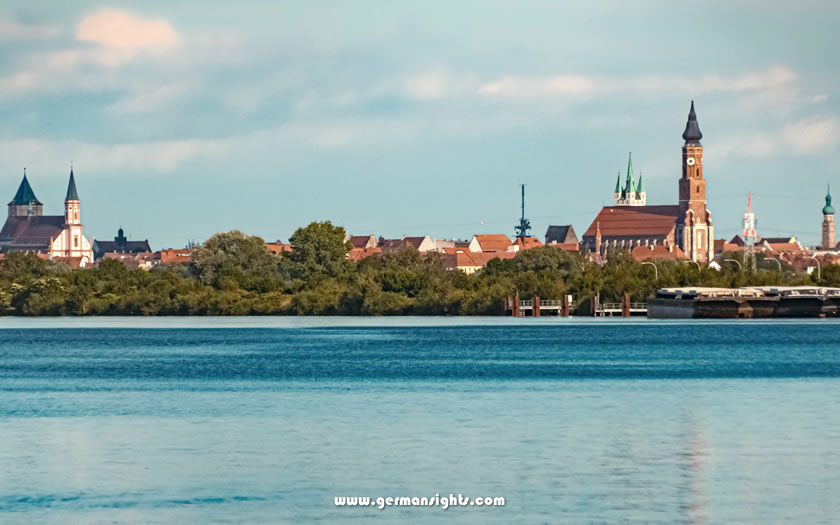 View across the Danube river to Straubing

The fertile flat area around Straubing helped draw settlers to the area from the time of the Stone Age. Remains of a Celtic settlement named Sorviodurum and of a subsequent Roman fortification have been uncovered in the town.

These settlements were located a little to the east of the current historic town centre, which took shape in the early Middle Ages.

The Romans were followed by the Germanic tribes who eventually gave their name to Bavaria and who renamed the town as Strupinga after one of their leaders. 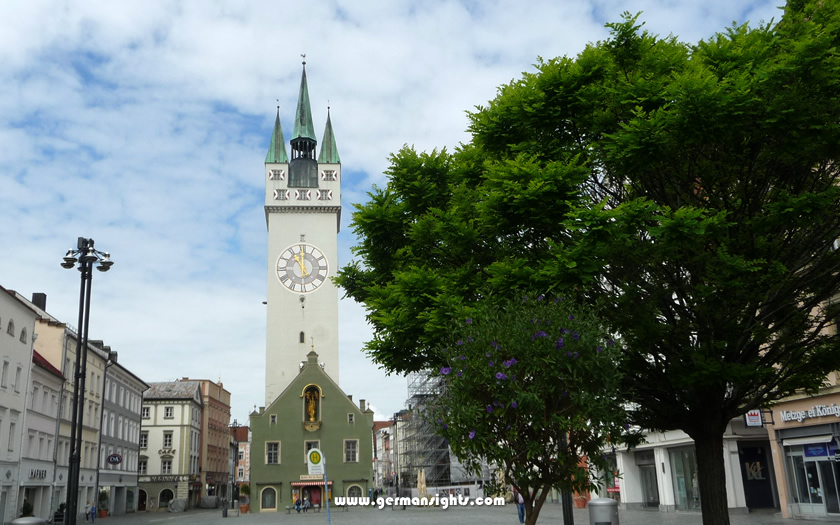 The Stadtturm ('city tower') in the pedestrian centre of Straubing

Present-day Straubing dates back to the 13th century when the new town was founded by one of the Wittelsbach family and the town quickly developed into a powerful regional base for the counts.

Many of the historic buildings which can still be seen in the town date from this period, such as the symbol of Straubing, the Stadtturm (pictured earlier on the page), and the Herzogsschloss, the large palace or castle on the Danube which was once the seat of government for the short-lived state of Straubing-Holland in the 14th century.

As a strategically-important settlement on trade routes and the river Danube, Straubing suffered in the religious and political wars in the area from occupation (by the Swedes and eventually the Austrians) and from disease (repeated bouts of the plague which killed many residents).

Also it had long lost its political influence, Straubing remained an important administrative and economic centre for the region known as the Gäuboden (basically the lowlands around the Danube river in eastern Bavaria).

As well as the historic centre, the town is well-known for the Gäubodenmuseum, with its history of the region and display of Roman remains, as well as the Gäubodenvolksfest, one of the biggest festivals in Bavaria after Munich's Oktoberfest with over a million visitors in August.

The Straubing tourist office is usually located near the Stadtturm. However while this building is being repaired following a fire it has moved into a side street near the Gaubodenmuseum. It is open from Monday to Friday and on Saturday mornings in the summer season:
Website: www.straubing.de