Zwiesel is a small town of just under 10,000 inhabitants located at the junction of the Großer and Kleiner Regen rivers in the Bavarian Forest in the southeast of Germany.

A former mining town also famous for its glass production, Zwiesel has also been designated as an official climatic health resort. 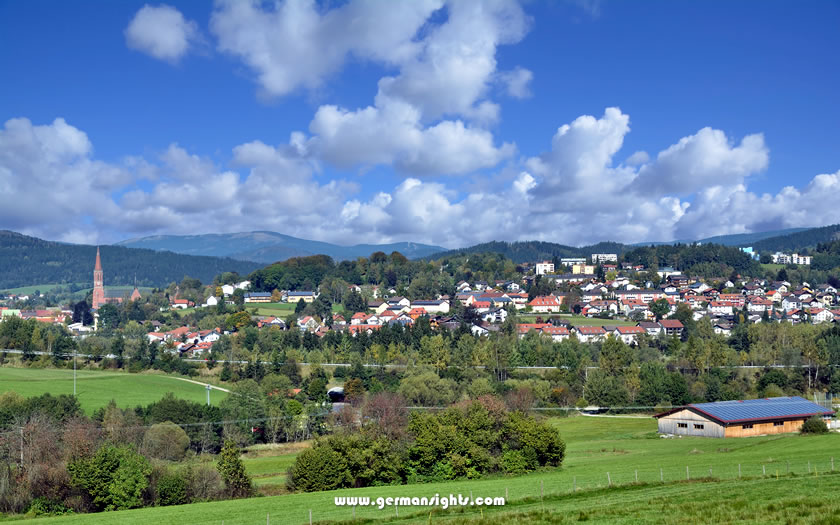 View of Zwiesel in the Bavarian Forest

There are a number of hotels in Zwiesel and the surrounding countryside - details of places to stay and how to get to Zwiesel is available on the travel page:
Zwiesel Hotels & Travel

The name Zwiesel can be traced back to the meaning of 'fork' - in this case, the 'fork' referring to either or both of the junction of the two rivers and the crossing of two major trade routes in the Middle Ages.

The first actual mention of Zwiesel dates back to the 13th century, but prospectors for gold are thought to have been active in the area before that time. In the following century it was given the rights to hold a market - an important step for the commercial success of a settlement in those days. 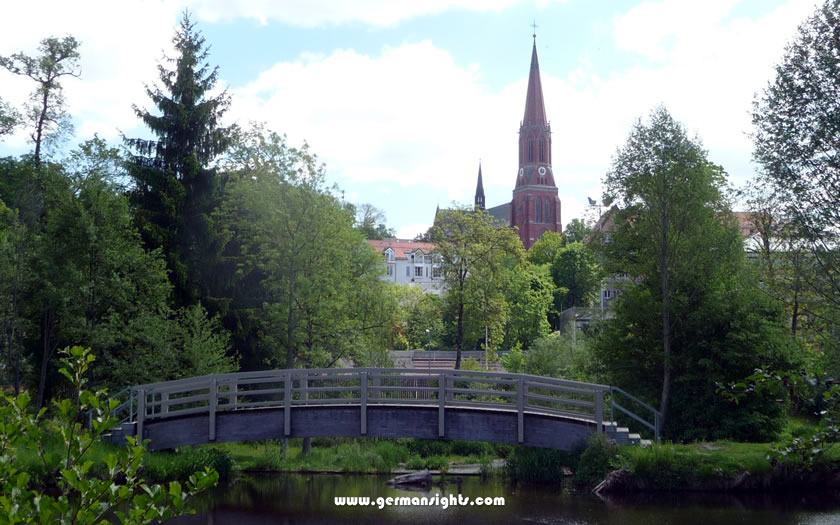 The church of St Nicholas in Zwiesel

Traders brought salt to the town for sale, as well as hops, which led to a healthy brewing industry. Like other towns in the Bavarian Forest, glassmaking was also a major activity in Zwiesel and can be traced back to the 15th century.

Nowadays, Zwiesel is known as the 'Glasstadt' ('glass town') and still employs 800 locals in the industry. One of the town's landmarks is the glass pyramid made out of wineglasses (Zwiesel is a leader in glassware production for gastronomy) - it is located in the middle of an unprepossessing glassworks car park but looks better at night-time when it is lit up.

Zwiesel only officially became a town at the beginning of the 20th century and in 1975 it was officially named a 'Luftkurort' (a climatic spa resort).

The main Zwiesel tourist office is situated in the Town Hall and is open from Monday-Thursday and Friday mornings. There is also another office which is located in the Waldmuseum near the church, which is open daily apart from Tuesdays.
Website: www.zwiesel.de