Immenstadt is a medium-sized town in the Upper Allgäu region of southern Germany.

A former 'Residenzstadt' (meaning it was once the seat of local rulers) it has an attractive historic centre, as well as the Grosse Alpsee lake within easy reach.

It is located on the German Alpine Road route between Lindau and Oberammergau and makes a good stopping point after the mountain roads and scenery of the hills near the Nagelflüh range. 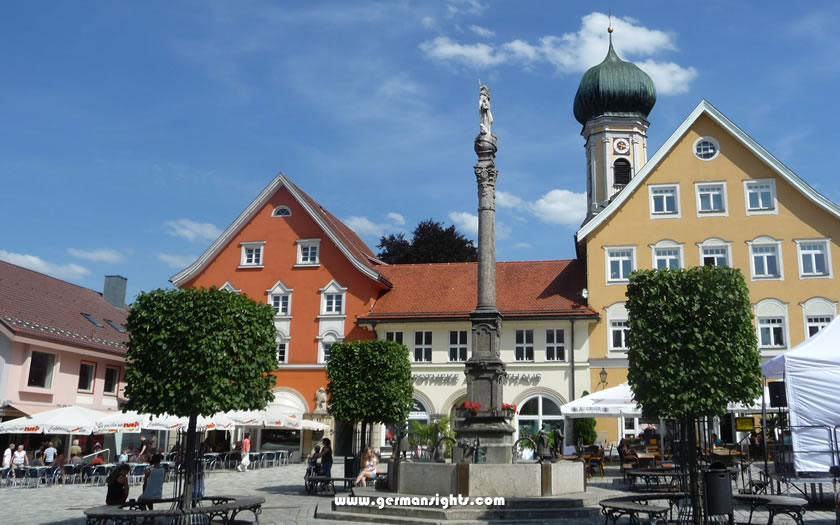 Details of how to get to Immenstadt and accommodation options if planning a stay are available on the travel page:
Immenstadt Hotels & Travel

Immenstadt is first mentioned as a settlement in the Middle Ages, although it is likely that there were earlier inhabitants and traders in this strategically important area.

The area was once under the control of the rulers who controlled Castle Rothenfels (now ruins nearby). Ownerships swapped back and forth between competing powers before Immenstadt was given its town charter in the 14th century. 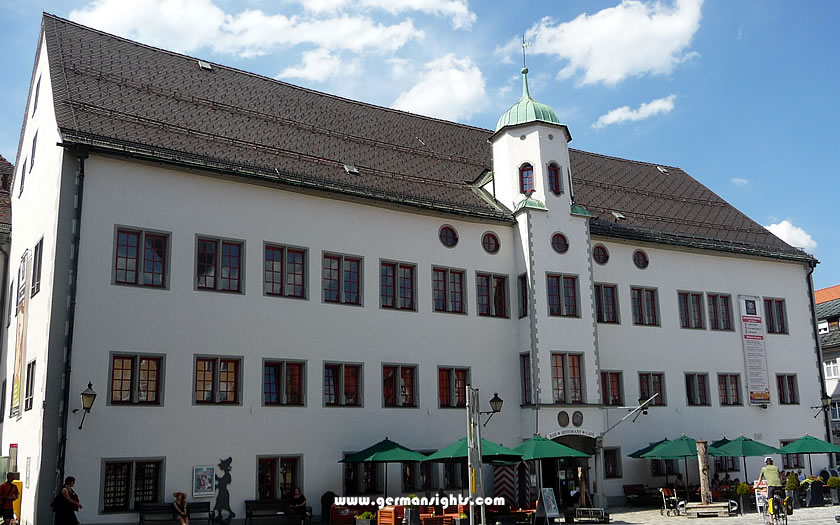 The former town palace in Immenstadt

The town became prosperous because it lay on the salt trading route between the Austrian Tyrol and Lake Constance as well as dealing in linen products.

Like many other towns in Bavaria it was badly affected by the religious wars through the centuries and by bouts of the plague and other diseases - at one time it had lost 7 out of 10 of its population.

The 'Residence' in 'Residenzstadt' refers to the town being the seat of the Counts of Königsegg-Rothenfels - an independent micro-state within the Holy Roman Empire. The town palace (or 'castle') in the photograph above dates from this time (the 17th century) although it was extended over the years.

The end of Immenstadt's semi-independence came with Napoleon and the treaties once he was defeated - it was transferred to Bavaria after a short time in the hands of Austria.

Two major fires in the 19th century changed the face of the town centre and the connection of the town to the rail network encouraged industrial development.

The town has grown to just over 14,000 inhabitants and lives from a prosperous mix of light industry, transport connections and outdoors and historic tourism.

The town tourist office is located in an office in an arcade near the town centre. There is another out at the Grosse Alpsee lake (which has more to do with the surrounding mountain countryside). It offers a booklet with a walking tour around the main sights in the town centre:
Website: www.immenstadt.de