Cham is a small town on the river Regen in the Oberer Bayerischer Wald - the most northern part of the Bavarian Forest - close to the border with the Czech Republic.

It was once an important trading town on the route between Regensburg and Pilsen and nowadays the town of just over 17,000 inhabitants acts as commercial, administrative and tourist centre for visitors to this part of the Bavarian Forest. 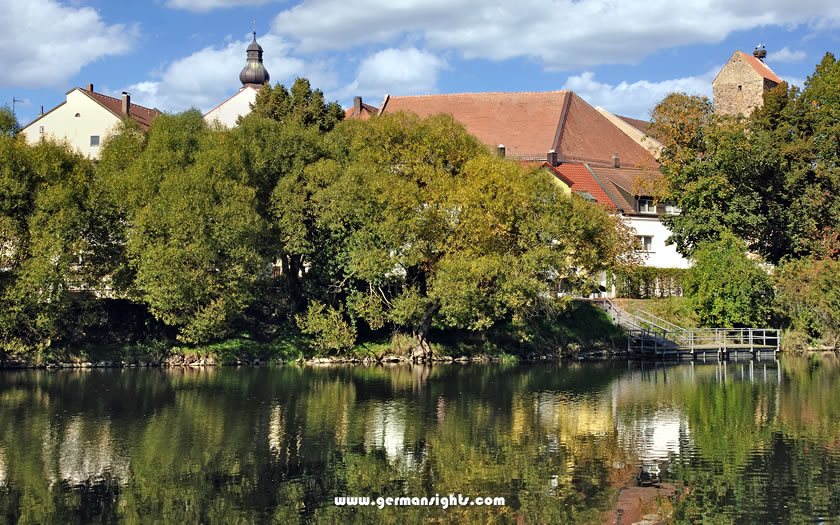 View over Cham in eastern Bavaria

There are a few hotels in Cham - more information about the options and the means of getting to the town is available on the travel page:
Cham Hotels & Travel

Cham is first mentioned back in the 10th century, although the settlement in those days was in an area which is now the Altenmarkt part of the town.

The main settlement was moved to its present site during the 12th and 13th centuries and Cham became a successful trading centre, even joining forces with Nuremberg, Regensburg and Wroclaw in a commercial association.

Unfortunately for the town, it was at the centre of religious and political wars over the centuries. Regularly plundered and, whether deliberately or accidentally, burned to the ground ten times, Cham still managed to survive, although never again at its former level of prosperity. 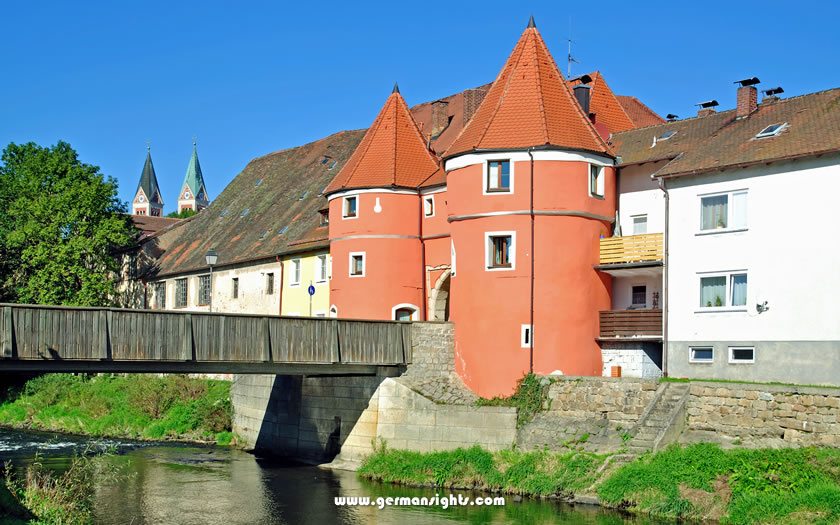 The Biertor - one of the former town gates of Cham

The town was connected to the rail network in the 19th century and became a centre for timber transport. Wood was drifted downstream to Cham on the river Regen and then loaded onto the railway.

The town was badly bombed in the Second World War and, with the ending of hostilities, became a centre for refugees from the Sudetenland and Silesia, almost doubling the population.

Visitors to the town may be surprised to hear the French national anthem, the 'Marseillaise', being played shortly after midday. The tune, originally called the "War Song for the Army of the Rhine", was dedicated to Count Luckner in 1792. Luckner was a native of Cham who had been made a Marshal in the French Army. (Sadly for Luckner, he became a victim of the French revolution and was executed by the guillotine two years later.)

The Cham tourist office is situated in the Cordonhaus near the river Regen and two of the main car parks on the edge of town. It is open from Monday to Friday and on Saturday mornings in the summer season:
Website: www.cham.de