Görlitz is one of the most popular tourist destinations in the east German state of Saxony.

Located right on the Neisse river, which forms the border with Poland, it is Germany's easternmost town.

Görlitz is renowned for its architectural treasures spanning different eras. The setting of the old town has led to it featuring as a backdrop to many well-known films - so much so that it now has the nickname 'Görli-wood'. 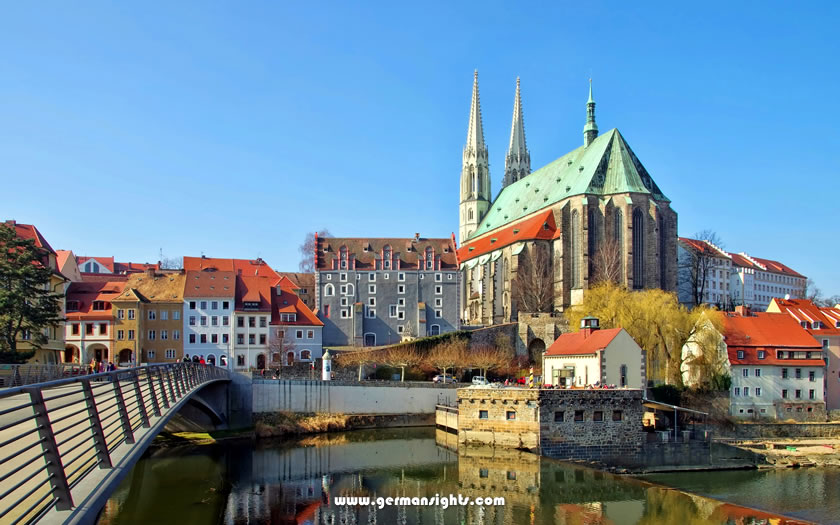 Right on the edge of eastern Germany, Görlitz has good connections into Poland and Czech Republic, as well as a local rail line to Dresden. More about transport options and accommodation details can be seen on our travel page:
Görlitz Hotels & Travel

The region around Görlitz - known as Upper Lusatia - was settled back in the Stone Ages and was part of the area that was affected by Germanic and Slavic tribes sweeping across central Europe as they searched for a settled home.

It was subject to the influence of three medieval states - Poland, Bohemia and the powerful Holy Roman Empire and was first mentioned in a document in the 11th century when it was granted as a gift to the Bishop of Meißen.

A few years later the Bohemian rulers took control and remained in charge for more than five centuries. 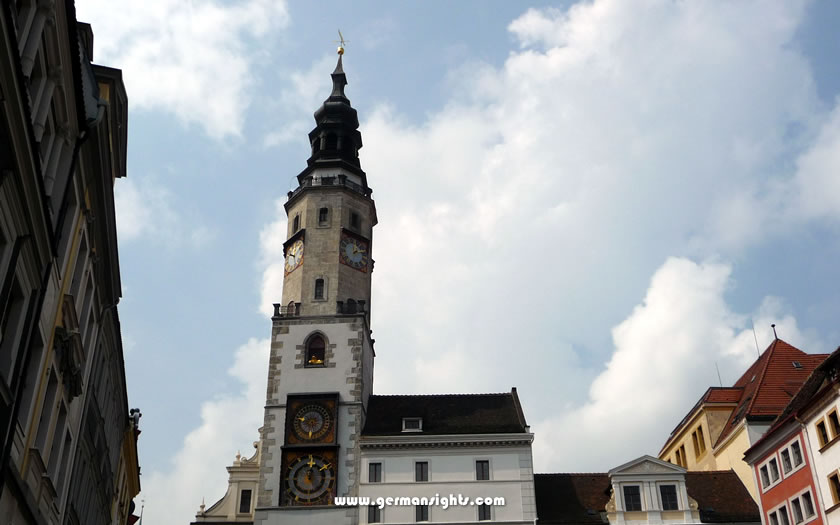 The old town hall in Görlitz

Like so many other towns in the area, trade was what brought the development into a thriving population centre. Görlitz was on the Via Regia which connected Moscow with northern Spain - its neighbours were Leipzig and Erfurt to the west and Breslau (Wroclaw) to the east.

It became the most important point on the route between Poland and Erfurt once it was granted monopoly rights for the trading of woad dye (which meant that clothes could be dyed blue) in Bohemia.

During this time of prosperity the rulers of Görlitz took the opportunity to fortify the settlement with town walls - a far-sighted decision as the town would find itself continually affected by wars over the next centuries.

It quickly declared for the Reformation but ended up on the losing side in the war that followed and suffered in the Thirty Years' and Seven Years' wars.

It had been granted to the Electorate of Saxony in the 17th century, but following the defeat of Napoleon (Saxony had been an ally) Görlitz was made part of Silesia (part of Prussia).

Like other towns in the region, Prussian control led to a rapid expansion due to factories and connecting railways being built.

Old Görlitz remained relatively unscathed from the bombing raids of the Second World War - only the bridge across the river was destroyed. The Neisse river became the border with Poland following the war and Görlitz became a neglected outpost at the edge of East Germany. It also lost the part of the town which was now in Poland - now known as the sister city Zgorzelec.

Since German unification, the small town has become a popular retirement centre (especially for residents of Berlin), although locals complain about the increasing average age of the population and the lack of jobs and prospects in the town.

Görlitz and the Movies

Görlitz remained virtually untouched during the Second World War and can boast a cultural heritage of thousands of buildings from centuries of history and different eras of art and architecture.

It's that backdrop that has made the town such a magnet for film-makers looking for an historic setting to stand in for a street scene in a Paris or Berlin which no longer exists.

The first major film to be set in the town was back in the 1950s and the Görlitz tourist office say that there have been more than 100 productions since those days. 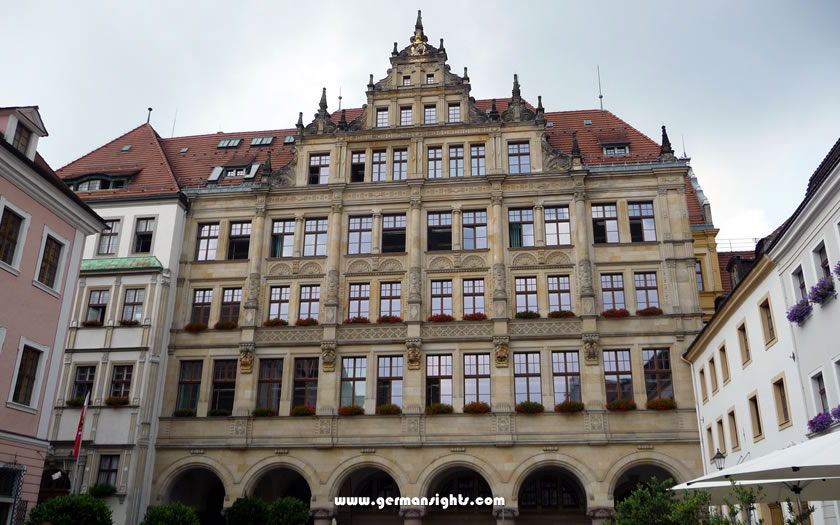 Perhaps the biggest film to be set here was the Wes Anderson hit 'The Grand Budapest Hotel' - where the new town hall (see photo) stood in for the exterior of the hotel and a department store with an art deco interior for the interior.

Other Hollywood films which have featured Görlitz include:

Interestingly and mysteriously, an anonymous contributor donated half a million Euros a year to the town from 1995 until recently on two conditions:

This money has helped to restore around 70% of the estimated 4000 protected buildings.

The tourist office can organise a guided tour of the film locations (German only).

The Tourist Office in Görlitz is situated at one end of the Obermarkt square in the old town. The office is open seven days a week in the summer season and closed in the weekend afternoons outside this time.
Website: www.visit-goerlitz.com