Munich, the capital, is the third largest city in the country, while Bavaria has the second biggest population.

In certain ways Bavaria could be said to be the Scotland of Germany.

The similarities start with the comparable sizes - although Scotland is slightly larger, Bavaria does have double the number of inhabitants. 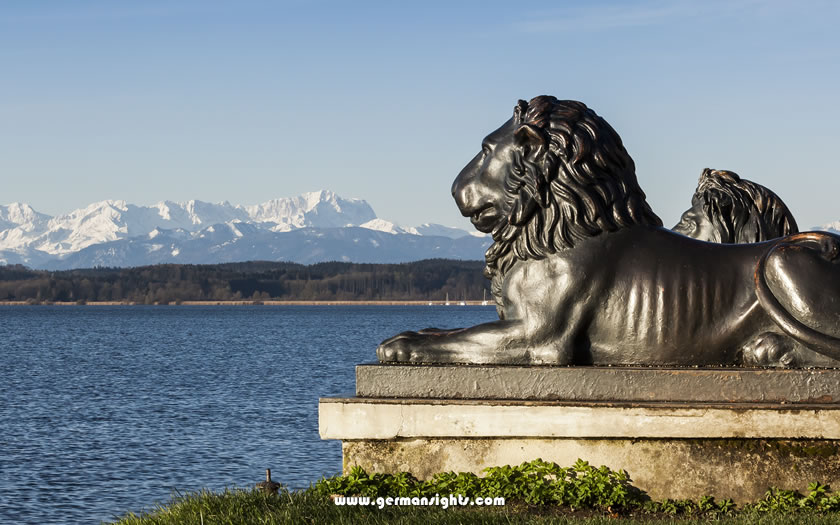 Tutzing, a village in Southern Bavaria on the Starnberger See

Both have their own powerful political parties representing regional interests.

Like Scotland, Bavaria was a sizeable, powerful and separate state for many centuries with its own royal family and regional history.

This has led a certain mental separation between the inhabitants and their neighbours in the rest of the country - many Bavarians tend to think of themselves as Bavarian first and German second.

Equally both Bavaria and Scotland tend to exert a political and cultural pull which is often at odds with the mainstream political centre of the country.

However, it would be fair to say that the left-of-centre and more radical Scottish National Party would not necessarily find too many echoes in the relative conservatism of the Bavarian CSU.

The towns and villages in Bavaria covered by German Sights are listed under the Locations link on the top navigation.

The Bavaria side menu covers information about travel to and around the state as well as some of the natural and cultural sights.