The Ammersee near Munich

The Ammersee is the third largest lake in Bavaria, after the Chiemsee and the Starnberger See. (It would be correctly written Lake Ammer in English but is usually referred to as the Ammersee lake.)

It is located around 45km to the southwest of Munich and is a popular daytrip from the city, connected as it is by good motorway and regional train services. 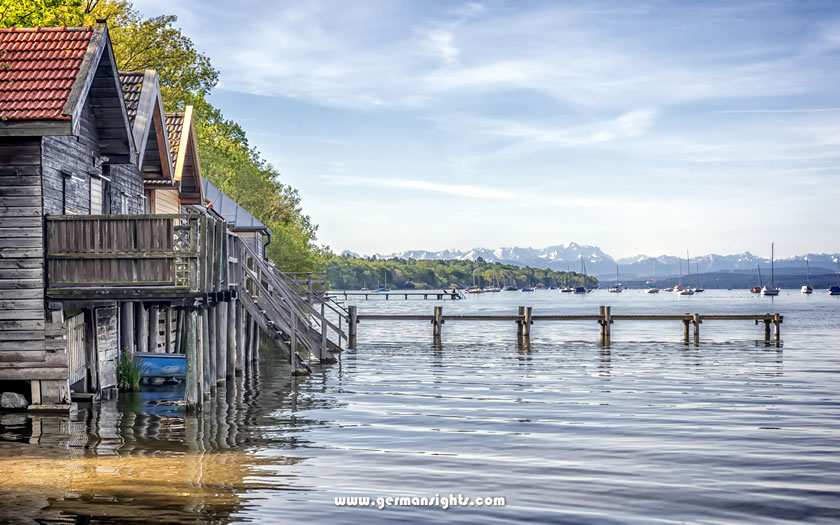 The Ammersee near Munich

The Ammersee was originally formed in the Ice Ages and is fed mainly by the Ammer stream, which rises near Linderhof Castle and the well-known village of Oberammergau. It is just over 15km between north and southern banks and 5km at its widest point in the south between the towns of Dießen and Herrsching.

The lake has always stood in the shadow of the larger and more developed Starnberger See. It was known as the 'peasants' lake' locally as residents lived mostly from fishing and farming while the settlements around the Starnberger See attracted wealthy residents and weekenders from the Munich area.

This all started to change when the lake was connected to the railways - now there is rail access from the east and the west and thousands of visitors flock to the Ammersee each day during the summer months.

Getting to the Ammersee

There are rail services to both the western and eastern sides of the lake.

Dießen, Riederau, Utting and Schondorf on the western bank are connected to Augsburg and Weilheim by the Ammerseebahn. Herrsching on the eastern shore is at the end of one of the S-Bahn regional rail lines out of Munich.

Drivers can access the northern end of the Ammersee at Stegen, which is just off the A96 motorway between Munich and Landsberg am Lech. The same motorway can be used to get to Herrsching from Munich by taking the Wörthsee exit. Getting to the western side of the lake is usually easiest via Landsberg am Lech to the northwest or Weilheim to the south.

Ferry Service on the Ammersee

The ferries around the Ammersee are operated by the same company, the Bayerische Seenschifffahrt, who run the services on the neighbouring Starnberger See, the Tegernsee and the Königssee near Berchtesgaden. The ferry service runs from Easter through to mid-October.

The lake is split into northern and southern routes, with the town of Herrsching acting as a link between the two. The cheapest option is the southern route between Dießen and Herrsching, while the longer northern route involving more stops up to Stegen is slightly more expensive. 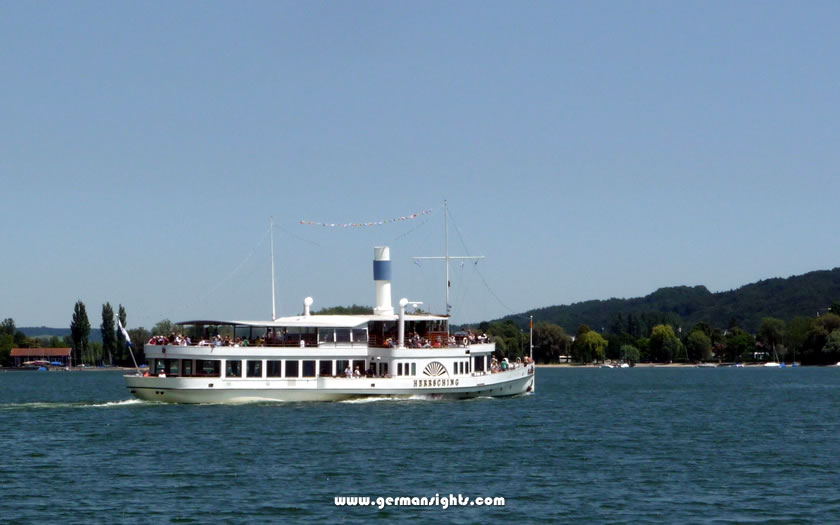 Lake ferry service on the Ammersee

Two of the ferries are normal motorised ferries and the other two, usually used on Line A, are modernised and motorised paddle boats. One of the paddle boats, the Diessen, has been in service since 1908 (although completely renovated in 2006!) and the most modern motor ferry, the Utting which holds up to 500 passengers, was brought into service in 2017.

Diessen am Ammersee was the seat of a regional ruling family in the Middle Ages until they moved their residence to where Andechs monastery is now located.

It was also near the important Via Raetia trading route between Italy and Augsburg and the site of an abbey from the Early Middle Ages through to the secularisation in the Napoleonic era.

It has also been a centre for pottery and ceramics and the town centre set back from the lakefront makes for a pleasant stroll uphill to the religious centre. 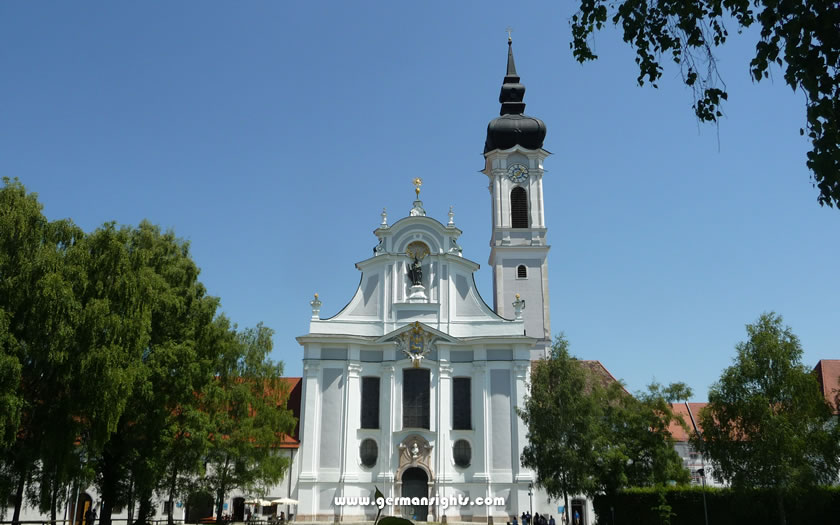 The current parish church, the Diessen Marienmünster, was built in the 18th century as part of the monastery belonging to the Augustinian canons. It is considered to be one of the best existing examples of the baroque style of religious architecture in Bavaria.

Although Diessen is historically and culturally the most important of the Ammersee lakeside towns, it has been overtaken in more modern times by the rival community of Herrsching on the eastern bank.

Herrsching am Ammersee is where many visitors first arrive at the lake, either under their own steam or via the regional S-Bahn train service direct from the centre of Munich.

It is also the closest lakeside settlement to the important tourist destination of Andechs monastery and there is a popular 4km walk through the Kiental from Herrsching through to the religious complex. 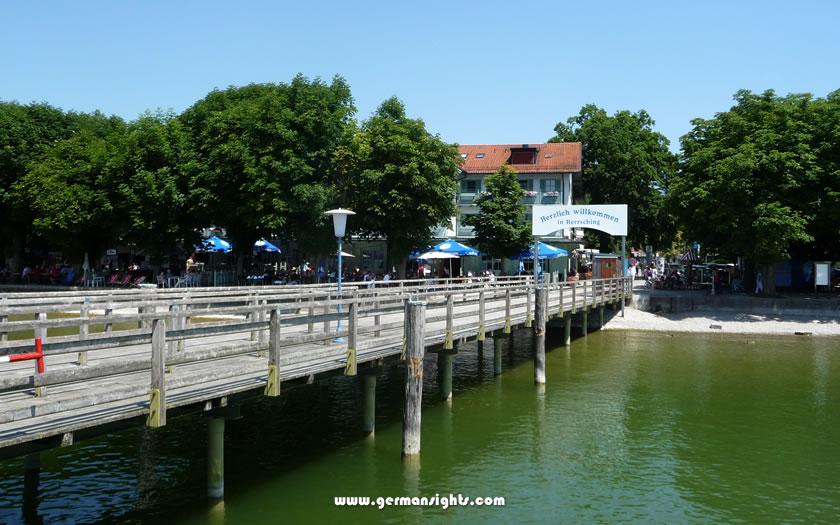 The ferry jetty at Herrsching on the Ammersee

Although there is not much at Herrsching itself to visit, there is one of the longest lakeside promenades in Germany - with a full 10km of trails along the shoreline. The red and white building in the park near the landing stage is the Scheuermann Schlösschen - a castle-style home erected in the 19th century by a painter to entertain his visitors. Nowadays it is used as a cultural centre for events and concerts.