Erlangen is a medium-sized town in the Franconia region of Bavaria situated to the north of Nuremberg.

It is probably best-known for its university, which is the second-largest in Bavaria, and for being the headquarters to a number of divisions of the German conglomerate Siemens. 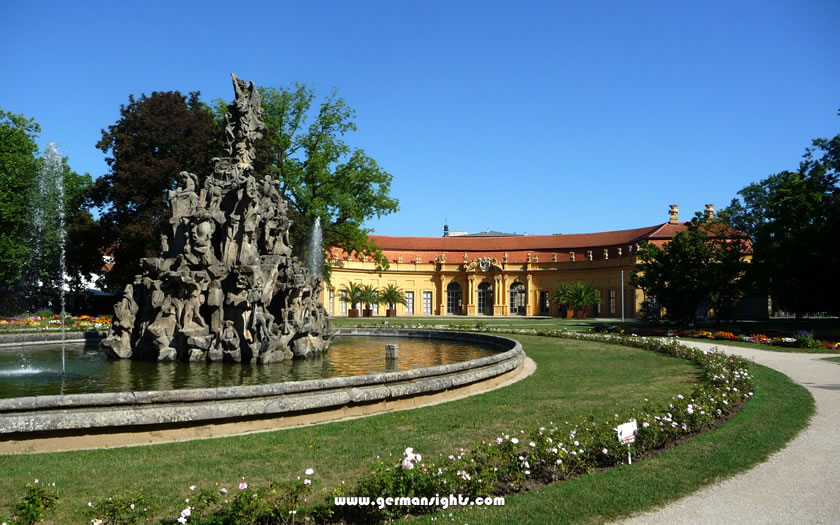 The Orangerie in the gardens of the Palace at Erlangen

Erlangen also has its own historical places of interest. Details of where to stay in Erlangen and how to get there are available on the travel page:
Erlangen Hotels & Travel

Erlangen was designed in the baroque style and is very much a 'planned community' of the 18th century.

However settlements in the Regnitz valley have been found from various Stone Age periods.

The first mention of Erlangen as a community is in the 11th century but the town only received its charter in 1398 and remained a relatively unimportant backwater during the Middle Ages. 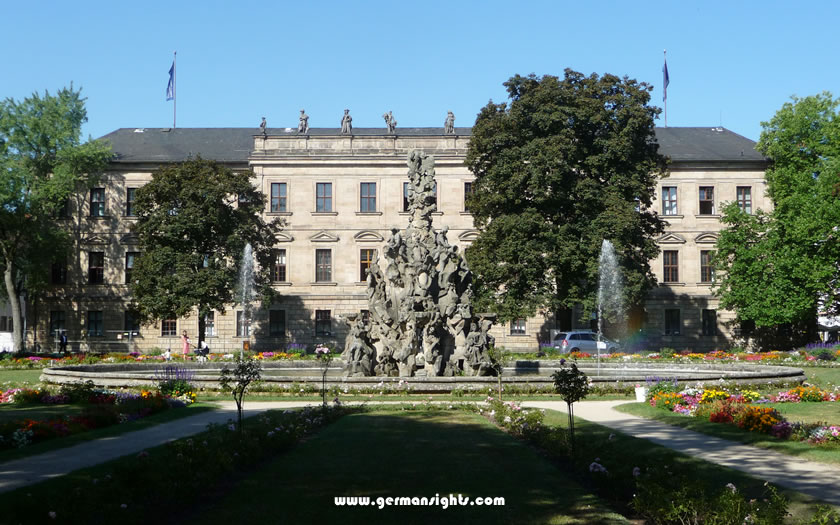 The rear of the Marktgrafenschloss in Erlangen

The settlement was virtually burned to the ground in fighting during the Thirty Years' War and this catastrophe became the impulse for the redevelopment of Erlangen. The town population boomed with a massive influx of French Protestant refugees and this led to an economic upswing for Erlangen due to the increased demand from the larger population and the establishment of new trades and sources of income.

Erlangen was also situated on an important trade route north from Nuremberg and the ruler, Margrave Christian Ernst of Brandenberg-Bayreuth, decided to build a new larger planned town on baroque principles.

The town was laid out with straight lines and right angles, with the roads leading to the market place in front of the Margrave's Palace. It was originally known as "Neu-Erlang" or "Christian-Erlang".

With this new construction and the influx of residents, the growing importance of Erlangen was sealed with the move of a university from Bayreuth to the town in the 18th century. Friedrich Alexander University is now home to 20,000 students in Erlangen (with another 19,000 in departments in Nuremberg).

Erlangen, with its history of religious tolerance, planned architecture and emphasis on educatio, is a prime example of some of the features of the 'Age of Enlightened Despots' in Europe.

Erlangen was merged with Prussia and then, during Napoleonic times, sold by the French to Bavaria. The town had doubled in size during the time of the influx of Protestants and the population doubled once more after the Second World War, when the medical technology giant Siemens decided to move to Erlangen from Berlin. The conglomerate, which has expanded on land to the south of the town, now employs around 20,000 workers in Erlangen.

The Erlangen tourist office is located near the railway station in the centre of town. It is open from Monday to Friday and from 10.00-14.00 on Saturdays.

Erlangen and the Huguenots

The 1500 French Protestant refugees - called 'Huguenots' - who arrived in Erlangen in the 17th century were escaping decades of increasing oppression by the Catholic powers in France.

This started with a series of massacres across the country, the best-known of which is probably the St Bartholomew's Day Massacre in Paris, at the end of the 16th century and culminated in a decree which removed the right to practice their religion and forced them to convert to Catholicism. 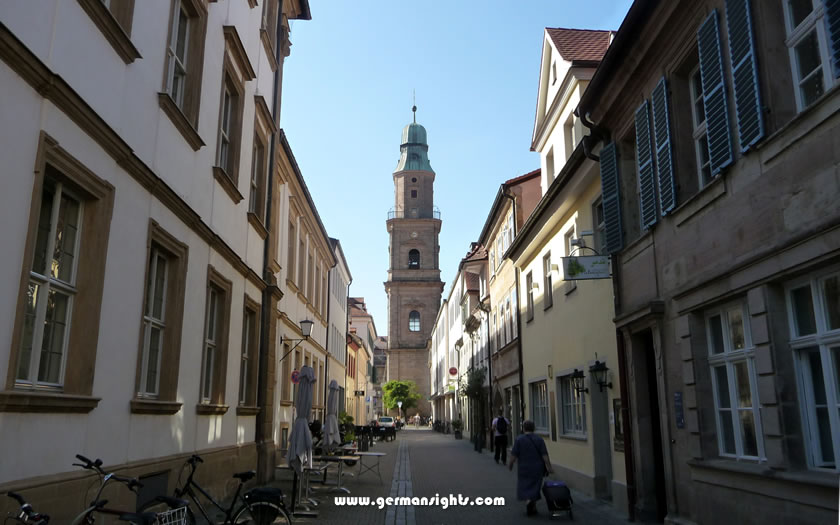 The Huguenot refugees were welcomed in certain parts of Europe and they brought new skills with them as well as their own religion. Erlangen became, for example, a centre for glove- and hat-making.

The Hugenottenkirche was built by Margrave Christian Ernst to allow the refugees to carry out their own religion shortly after the first wave arrived. The imposing church tower was built 40 years later by the community itself.

The fountain at the rear of the Margrave's Palace was a gift from the Huguenots to honour the Margrave. The ruler stands at the top of the fountain while the figures below represent Huguenot residents and families.

The arrival of such a large amount of French-speaking immigrants with different habits and customs was a major upheaval for Erlangen. But over the decades, the refugees were joined by other German-speaking immigrants fleeing persecution themselves and the strong French-speaking minority was eventually assimilated into the community. The last French-language service was held in the Hugenottenkirche in the early 19th century.