The Walchensee may not be one of the largest lakes in Bavaria but it is one of the more popular because of its lovely setting in the Bavarian Alps. 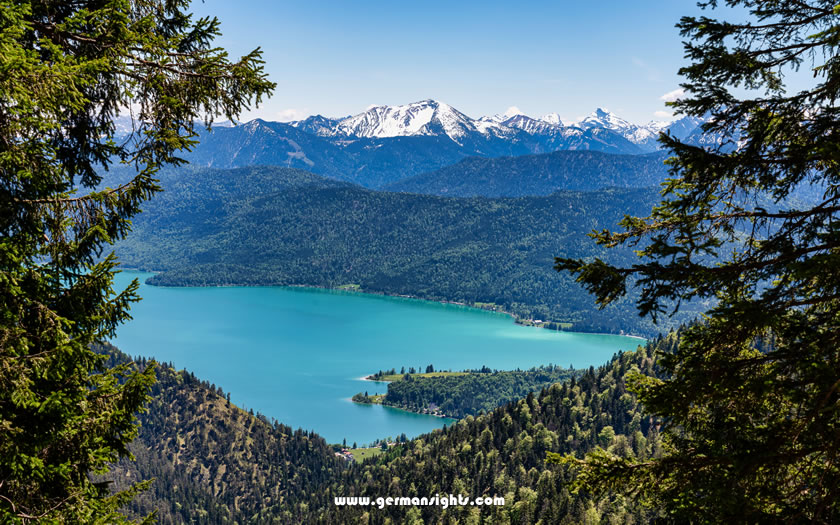 The Walchensee in southern Germany

The Walchensee is also on the route of the German Alpine Road, a tourist driving route through the Bavarian Alps from the town of Lindau on Lake Constance through to Berchtesgaden.

Although the Walchensee is apparently classed as the largest 'mountain lake' in Germany, it is dwarfed in size by its bigger Bavarian neighbours to the north (the Starnberger See) or to the east (the Chiemsee).

Much of the lake is a protected area and motorised transport is not allowed on the water. Unlike some other Bavarian lakes, there are also few villages or holiday developments on the lake shore, which helps give the lake a 'natural' atmosphere.

This, along with the mountain winds, also makes the Walchensee an extremely popular destination for watersports which use natural means of propulsion - sailing, windsurfing and kite surfing. Diving is also popular in the deep clear waters. 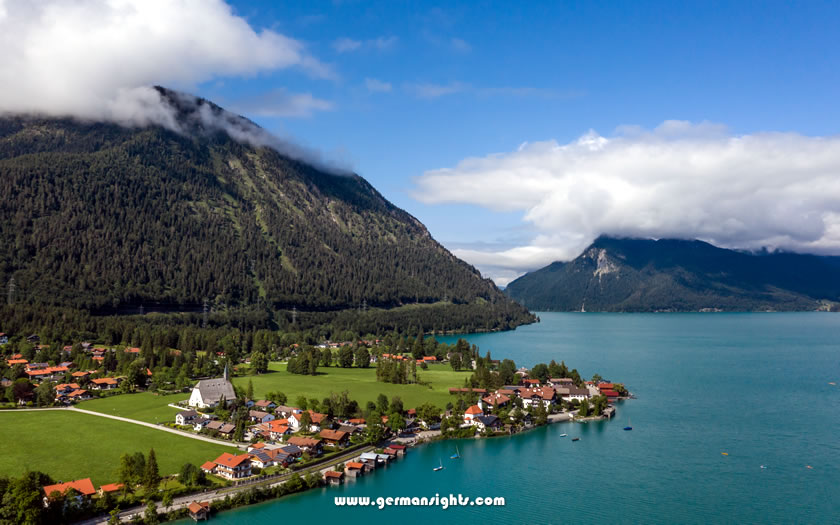 The small village of Walchensee

Like the mountains which surround it, the lake itself was formed by glaciation in the Ice Ages. The main inflow is from the Isar river, which has its source in the Austrian side of the mountains in the Karwendel nature reserve.

The outflow is into the Jachenau valley where the Isar flows east and then north towards Bad Tölz or into the Walchensee power station at the bottom of the pass on the southern banks of the Kochelsee.

The Herzogstandbahn is a cable car which rises from the shores of the Walchensee at 900 metres above sea level to 1600 metres in altitude. It provides stunning views of both the Kochelsee and Walchensee and is a popular destination for sightseers and hikers in the summer months. 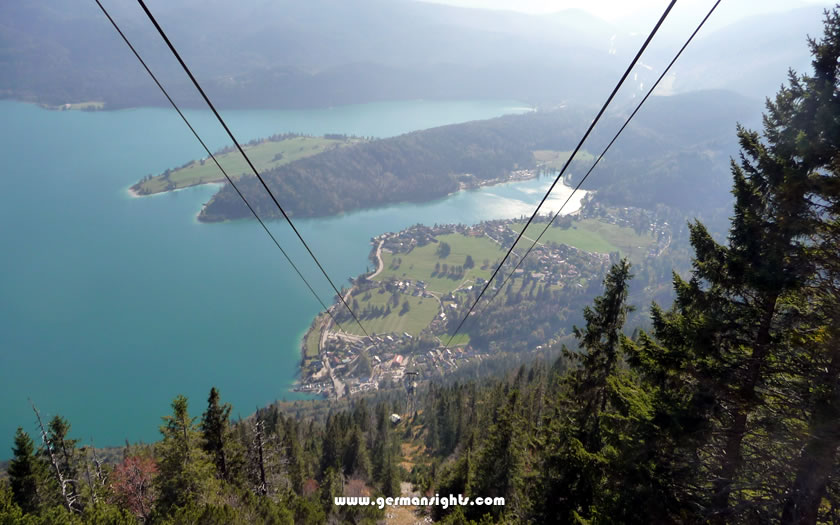 Getting to the Walchensee

Driving is the easiest way of getting to the Walchensee, with the lake accessible from three directions. Those arriving from the north can take the A89 motorway south from Munich to the junction for the Kochelsee and then skirt that lake before the climb up the Kesselberg pass to the Walchensee.

It is also possible to approach the lake from the east along the scenic toll road along the Jachenau valley from either Austria or the Isar valley from Bad Tölz.

From the south, the easiest way is to take the road between Garmisch-Partenkirchen and Mittenwald towards the Austrian border and turn off in the direction of Krün and Wallgau.

The nearest train stations to the Walchensee are Klais, on the line between Mittenwald and Garmisch-Partenkirchen to the south, or Kochel, with a connection to Tutzing on the Starnberger See.

Accommodation near the Walchensee

There is limited accommodation on the lake itself in the small village of Walchensee on the western shore or the hamlet of Jachenau a few kilometres away from the eastern shore in the direction of Lenggries.

The closest settlements with a good choice of hotels and other places to stay would either be Kochel am See over the Kesselberg pass at the northern end of the Walchensee or the village of Wallgau around 10 kilometres to the south in the direction of Mittenwald.

Wallgau is an attractive small village just off the main road south from Garmisch-Partenkirchen to the Austrian border.

In the Middle Ages, the inhabitants used to earn a living from the raft traffic transporting goods from the regional Mittenwald market northwards on the Isar river through to Munich and beyond. 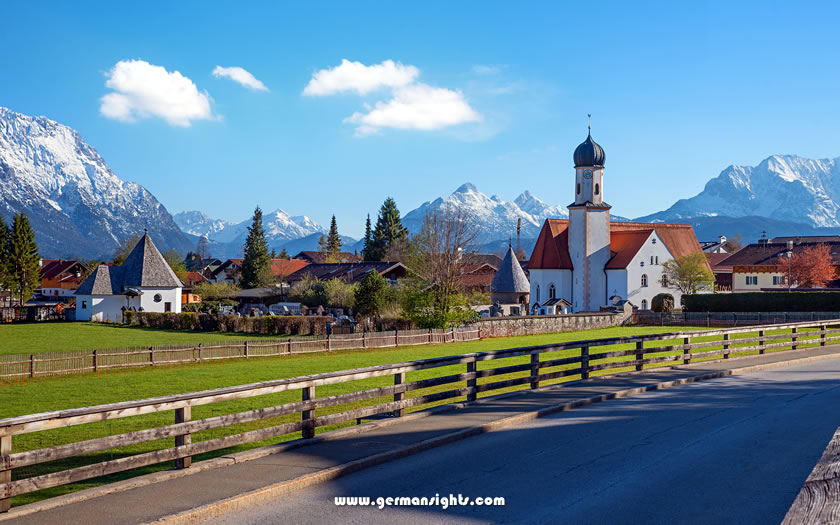 The village of Wallgau near the Walchensee

Like many of the villages in this area, the older houses feature 'Lüftlmalerei' - a type of fresco painting on the exterior with religious or allegorical themes.