Garmisch-Partenkirchen is best-known as Germany's top ski town - but the summer attractions in and around the Alpine town make it a year-round destination.

It can be reached by regional trains from the hubs of Munich to the north and Innsbruck over the border im Austria as well as having a scenic rail link through to Füssen.

Despite the connections with Richard Strauss and some of the typical historic architecture, the main sights are the spectacular mountain peaks of the Bavarian Alps rising directly outside the town. 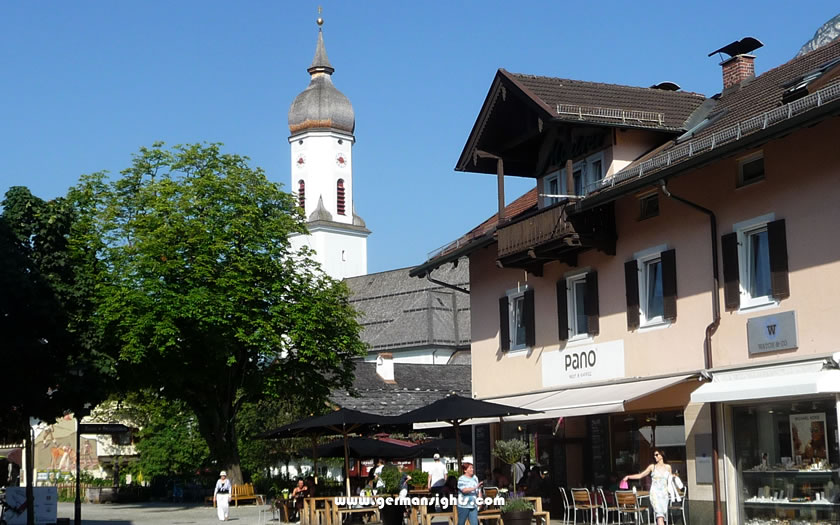 The Roman trade route, the Via Raetia, once led around the base of the Wank mountain to the trading post of Parthanum - a forerunner of the present Partenkirchen.

What is now the quieter end of the resort was once a bustling centre of commerce along the important route between Venice and Augsburg, while Garmisch was more of a farming area settled by the German tribes.

After the decline of the Roman empire the trade route over the Seefeld plateau down to Innsbruck kept its importance and the towns - still separate - flourished from the resultant commerce. 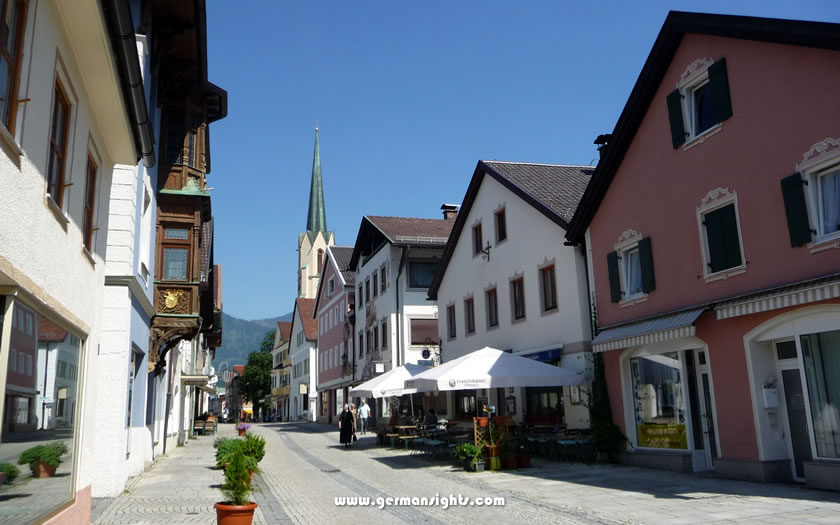 Ludwigstrasse in the centre of Partenkirchen

Like many of the riverside settlements in southern Bavaria, the town also benefited from the use of water as a means of transport and the transshipment of goods onto raft traffic on the the River Loisach was another important source of income.

Once trade with Venice was not as important, the income dried up and, combined with the effects of continuous religious wars, the area's prosperity declined.

What boosted Garmisch and Partenkirchen once again was the growth in tourism in the 19th century. Artists were the first to visit, followed by other sectors of German society once the rail line from Munich was finished in 1889.

Tourism boomed in the former market towns and the final impulse towards worldwide recognition came with the award of the 1936 Winter Olympic games. Apparently somewhat unwillingly, the separate towns of Garmisch and Partenkirchen were ordered to combine for the event and the resort of Garmisch-Partenkirchen came into being.

Nowadays the town is one of Germany's top holiday destinations, with a lively summer and winter season, as well as being a favourite day trip for those living in the Bavarian cities to the north.

Olympics and Other Sports

The year 1936 was the last when both Summer and Winter Olympics were organised by the same country.

Following the choice of Garmisch and Partenkirchen as the location for the winter games (Berlin was where the summer games were held) the two separate settlements were ordered to form a single town by the German government.

The Garmisch town council were threatened with imprisonment when they objected to the decision. 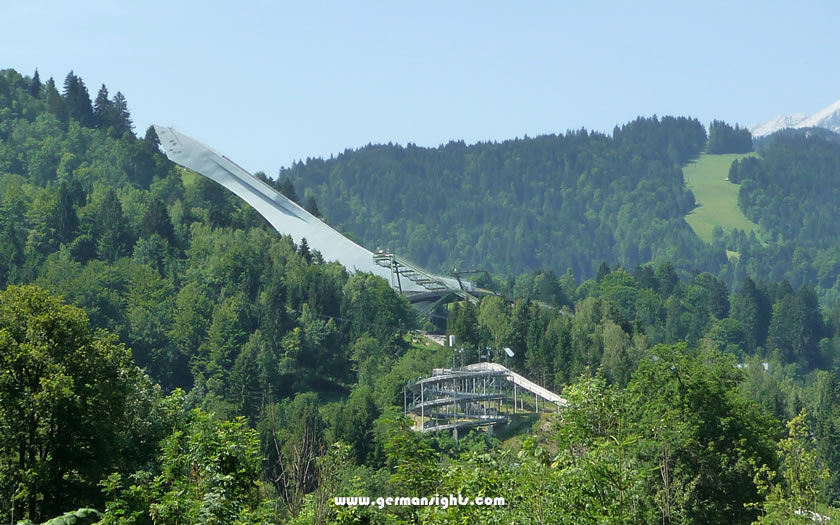 From a sporting point of view, the Garmisch-Partenkirchen winter games were notable for being the first time that Alpine skiing was included in the winter games. Competitive skiers who were also ski instructors were not allowed to compete, leading to a boycott by the Austrian and Swiss skiers.

The ice hockey stadium built for the games is still in use - although somewhat ancient these days - and is the home for SC Riessersee, a club who are former German ice hockey champions but who now play in the second tier.

The ski jumps have been remodelled and renovated although the ski stadium at the base remains from the 1930s.

One of the runs used for the downhill ski races is also still in use and is famous as one of the more difficult ski slopes on the ski racing circuit. The competition on the Kandahar piste is also one of the famous traditional group of ski races organised by the Kandahar Ski Club.

Garmisch-Partenkirchen ski resort has two main ski areas - the Osterfelder/Hausberg area above the town and the Zugspitze ski area on the glacier just under Germany's highest mountain. There are three lifts leading up into different parts of the town ski area, all reached by ski bus or from stops on the Zugspitz railway. The Zugspitze ski area can be reached by cogwheel train all the way from Garmisch-Partenkirchen town centre, or by a combination of rail and cable car from the Eibsee lake.

Garmisch is connected to an extensive network of cross-country skiing and walking trails, with snowshoeing also growing in popularity in the winter. There are two gorges with walk-through routes at each end of the resort and the option of using the summer lifts to head up to the walking area of the Wank; the spectacular Alpspix viewing platform below the Alpspitz; or the railway ride up inside the mountain to the Zugspitze.

The main Garmisch-Partenkirchen Tourist Office is located near the Congress Centre and Kurpark in Garmisch which is open Mon-Sat year round. Another information office is available from Thurs-Sun at the Olympic Ski Jump. Out of office hours a map of Garmisch-Partenkirchen (with short descriptions of sights) can be purchased from a machine outside the main office.
Website: www.gapa.de