Neuburg an der Donau is something of a hidden treasure on the banks of the mid-Bavarian Danube.

Its Renaissance castle sitting above the river is just the most visible of a well-preserved historic old town centre.

Surrounded by bigger cities and more famous attractions, it even misses out as a stop on the major river cruise networks, which tend to join the Danube downstream at Kelheim.

It is a little bit away from the motorway network covering the state too while any train journey is via the single track Danube valley railway. 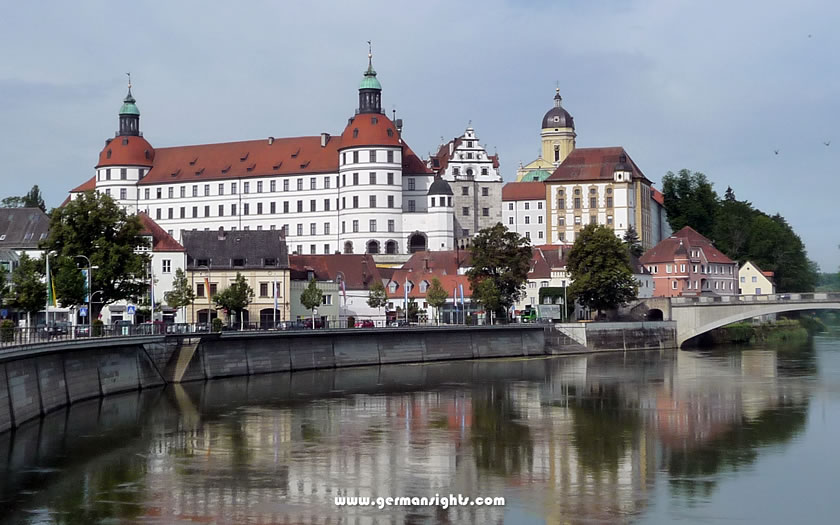 The Residence Castle in Neuburg an der Donau

More information about the different options for getting to the town is available on our Neuburg travel page along with some options for accommodation:
Neuburg an der Donau Hotels & Travel

Like many of the settlements in the area, excavations in the Neuburg region have discovered settlements from the days of the Romans and before.

It wasn't until the Middle Ages that the town came to prominence. In the 16th century the disputes over the inheritance of the Bavarian ruler led to a number of independent duchies being created.

Neuburg became the seat of the Palatinate of Neuburg (a form of duchy) and the duke at the time, Ottoheinrich, set about building the old castle that he had inherited into a residence fit for a ruler. 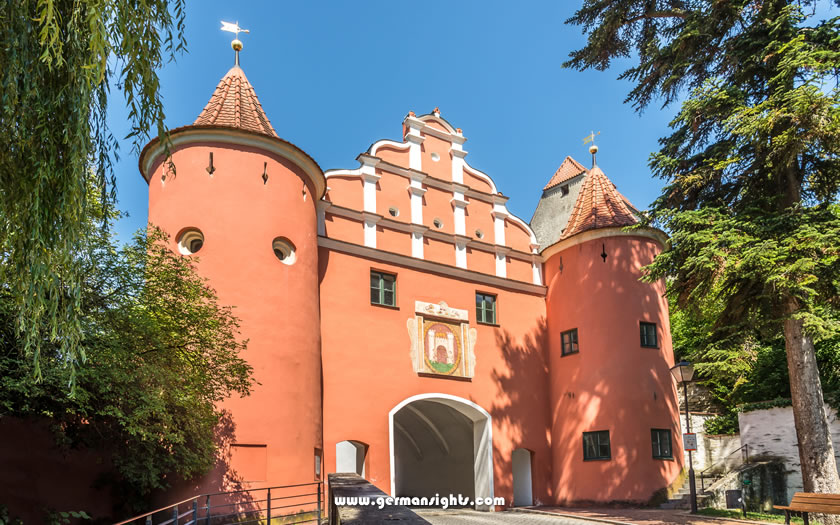 The Upper Gate at Neuburg an der Donau

Ottoheinrich struggled with debts for all of his reign, but he left behind one of the most important and biggest Renaissance palaces in Germany which also houses the first Protestant church built in the country. However, the most popular view of the palace from the river is actually of the Baroque east wing of the castle, with the two round towers, which was added by one of his descendants in the following century.

Neuburg remained the capital of the mini-state until it was absorbed into Bavaria in the Napoleonic era following a number of changes of ruler. As a relatively small town outside the main traffic arteries, the lack of wealth through trade or industry meant that there was never the push to redevelop the historic centre and it wasn't until the post-war period that the population started to grow dramatically in newly-built suburbs. It now has a population of around 30,000 inhabitants.

One of the better-known events is the Medieval Festival, which recreates its heyday with stalls and entertainment throughout the old town and which attracts thousands of visitors.

As well as the Residence Palace, other Renaissance and early Baroque sights in the centre worth visiting are:

The tourist office in Neuburg an der Donau is located at the edge of the old town and offers a small map with details of a a self-guided tour around the historic centre.
Tourist Office: www.neuburg-donau.de (mainly German with small section in English)