Buchenwald is one of a number of memorial sites in Germany which are on the locations of former Nazi concentration camps.

It was the largest camp in the German Reich by the end of the war and the first to be freed by Allied forces.

It is situated on the Ettersberg hill 10km to the northwest of Weimar and was linked by road (the 'blood road') and rail to the centre of Weimar.

These transport connections and the original camp were built in conditions of tremendous hardship by the prisoners themselves. 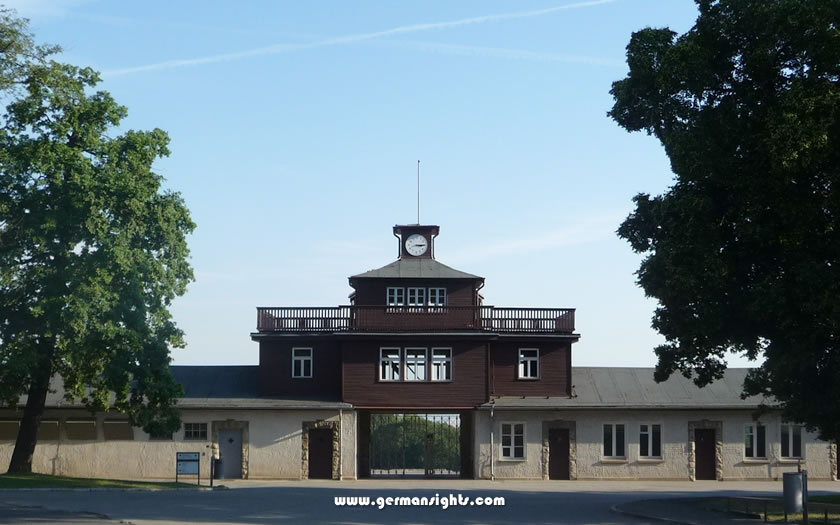 The entrance gates to the former Buchenwald concentration camp in Germany

Many of the original buildings at the memorial site were deliberately destroyed as part of the original concept for the grounds. The Buchenwald Memorial was dedicated in 1958.

The concentration camp in the woods on the Ettersberg was built in 1937. The stated object was to remove 'unworthy' persons from the community - Jews, Roma and Sinti, political opponents, Jehovah's Witnesses, homosexuals and the homeless all fell into this classification.

Although it was never designed or operated as an 'extermination camp', more than 50,000 camp inmates are estimated to have died there through the effects of hunger, overwork, torture, executions and medical experimentation.

When finished the camp had 34 wooden barracks and 12 two-storey stone barracks. These became hopelessly overcrowded as the war progressed. Some camp inmates were forced to work in a nearby quarry and others were detailed to factories in Weimar and the surrounding area.

As numbers grew and the demand for workers increased, Buchenwald inmates were sent to many different sites around Germany. One of the largest was the Dora-Mittelbau camp, also in Thuringia and also a memorial site run by the Memorials Foundation.

From 1941 onwards Russian prisoners of war were sent to the camp - thousands of them were killed with shots to the back of the neck.

The camp was liberated in 1945. As Allied forces approached, the camp guards forced thousands of inmates to evacuate, killing those who were unable to move. Camp inmates made a desperate appeal for help on a hidden radio to nearby US forces, before staging their own uprising.

Buchenwald in the Post-War Era

Although liberated by US forces, the Buchenwald concentration camp fell into the Russian-occupied zone. It was subsequently used as an internment camp for Germans who had been involved with the Nazi regime in some way.

At its height, the number of inmates held in the camp reached more than 16,000. Seven thousand inmates are estimated to have died, mainly of hunger.

Buchenwald was handed over to the East German government in 1950. They decided to build a 'national remembrance memorial', which was opened in 1958. 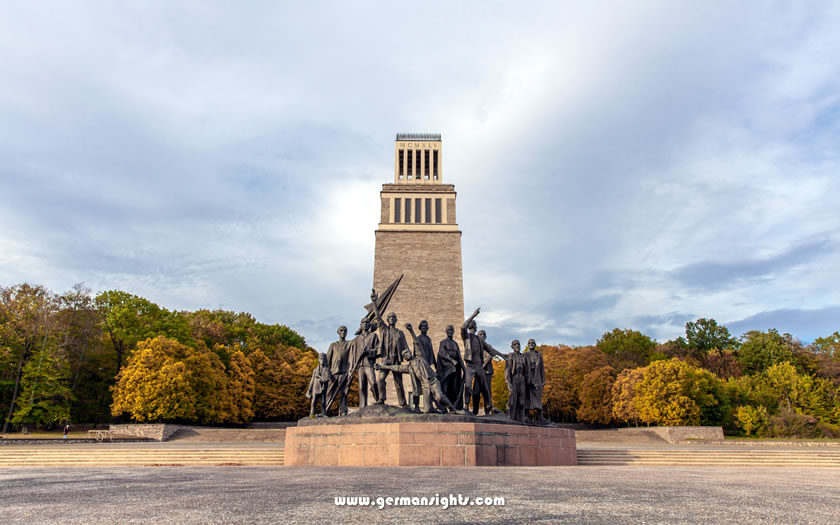 The Buchenwald Memorial above Weimar

The exhibitions in this era emphasised the suffering and the resistance of the German Communist camp inmates.

Following the reunification of Germany, the gaps in the information provided by the memorial were addressed. The fate of other camp inmates, especially the Jews and the Roma, had been relatively diminished and other inconvenient parts of relevant history (such as the pact between Hitler and Stalin and the use of the camp by the Russians after the war) had been ignored.

Getting to the Buchenwald Concentration Camp

The new Buchenwald memorial offers permanent exhibitions on both the concentration camp and the Soviet internment camp as well as a wide range of audiovisual materials.

The grounds of the Buchenwald memorial site are open all year round until dusk. The museums, exhibitions and visitor information are closed on Mondays and have slightly shorter opening hours in the winter months. There is a public bus service from the centre of Weimar to Buchenwald and the route is a short drive up into the forests behind the town.
Website: www.buchenwald.de

Map of the Buchenwald Memorial Area