Schmalkalden is an attractive and historically interesting small town on the southern edge of the Thuringian Forest.

It is located to the south of Eisenach and to the north of Meiningen in rolling rural countryside. Although the town is now in the state of Thuringia, it was once part of Hesse and is thought of as belonging to the larger Franconian region. 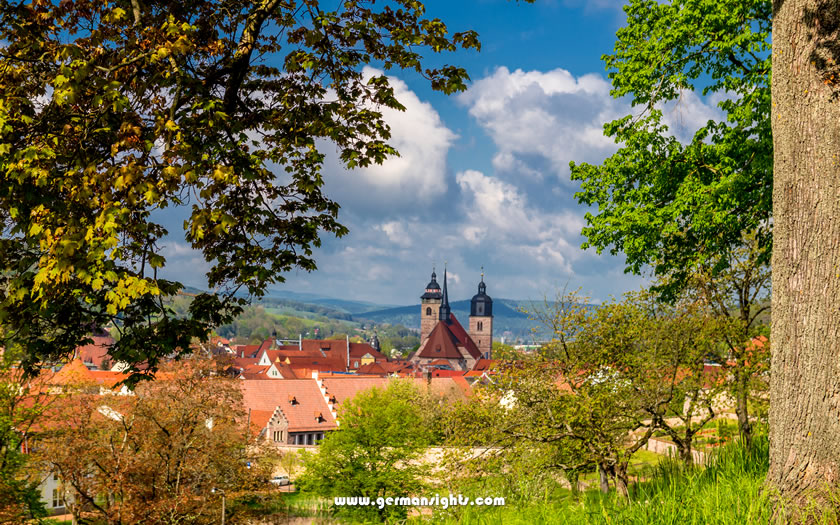 View of Schmalkalden in Thuringia

More information about how to get to Schmalkalden and places to stay once you are there is available on the following page:
Schmalkalden Hotels & Travel

The town is best-known for giving its name to the Schmalkaldic League, a defensive organisation of local rulers who supported the ideas of Martin Luther at the time of the Reformation.

Luther wrote the Schmalkaldic Articles - a summary of his views - in preparation for the first meeting of the League. These were never adopted but remain part of the essential doctrine of Lutheranism. 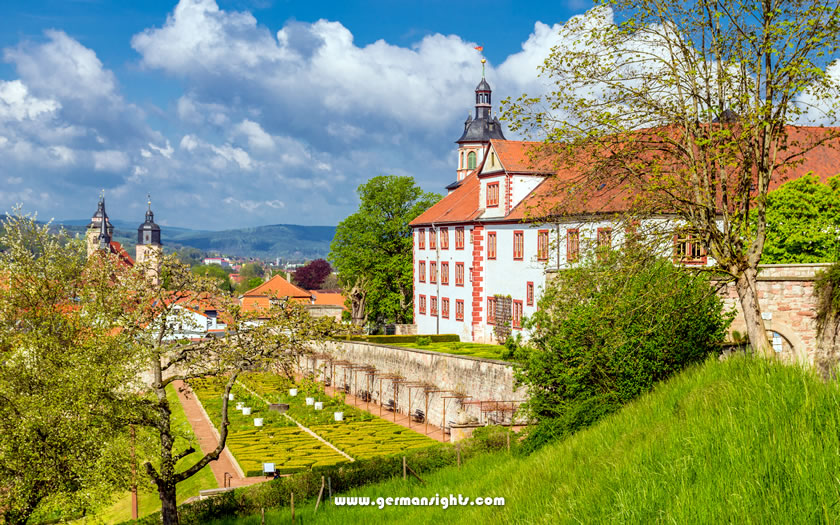 The League was unsuccessful in its direct aims - it was eventually defeated by the Holy Roman Emperor - but the strength of the growth in Protestantism meant that it soon was given legal status within the Empire.

One of the reasons that the town grew where it did was the proximity to rich veins of iron ore. This led to Schmalkalden becoming known for its handcrafted cutlery and tools in the Middle Ages and the subsequent prosperity to the fine artisan buildings which have now been restored in the historic town centre.

A self-guided walking tour of the attractive old timbered buildings and squares would take around an hour. Many of them date back to the 15th and 16th centuries and Luther's house, where he stayed during the historic meeting and finished his articles, can still be seen near the centre.

Above the town centre is the impressive Wilhelmsburg Palace, a Renaissance residence built in the 16th century for the rulers of Hesse with its own museum.

The tourist office in Schmalkalden is located just around the corner from the main square in the centre of the town. It is open every day of the week, although at the weekends in the winter months the office is only open in the morning and at lunchtime:
Website: www.schmalkalden.com