These days Eichstätt is best-known as a starting point for a journey into the popular Altmühl valley nature reserve.

It houses the main information centre for the nature park and is an excellent option for a stay to explore both up and down the river.

However, those expecting to experience the natural attractions will be surprised at how much fascinating history and culture there is to explore in this relatively unknown Bavarian city. 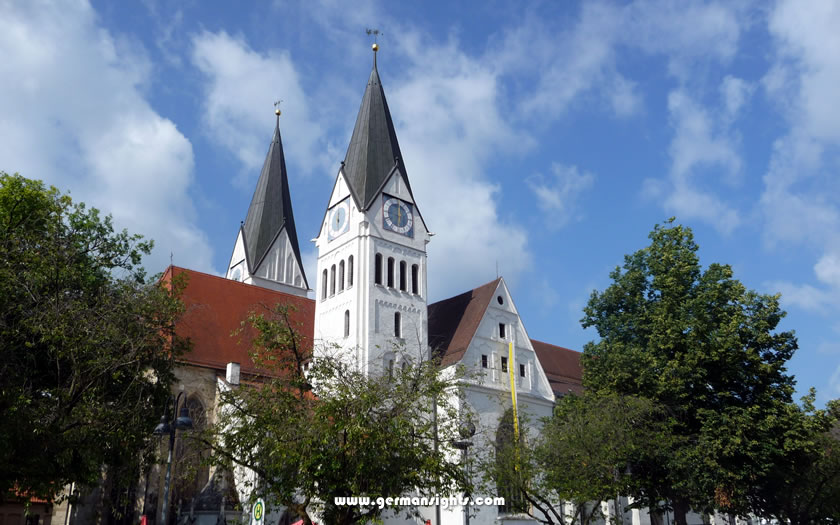 More information about getting to Eichstätt - close to the geographic centre of Bavaria - is available on our Eichstätt travel page along with some options for accommodation:
Eichstätt Hotels & Travel

The Celts and Romans both had settlements in the area around Eichstätt but the city is really associated with early Christianity in Germany and especially with the missionaries from Britain who spread their religion in the region during the 8th century.

One of the missionaries, St Willibald, was the first bishop of Eichstätt and built the first cathedral in the city. Following his death he was canonised and, a century later, the remains of his sister St Walburga were transferred and a convent was built on the site that became a popular place of pilgrimage in the Middle Ages. 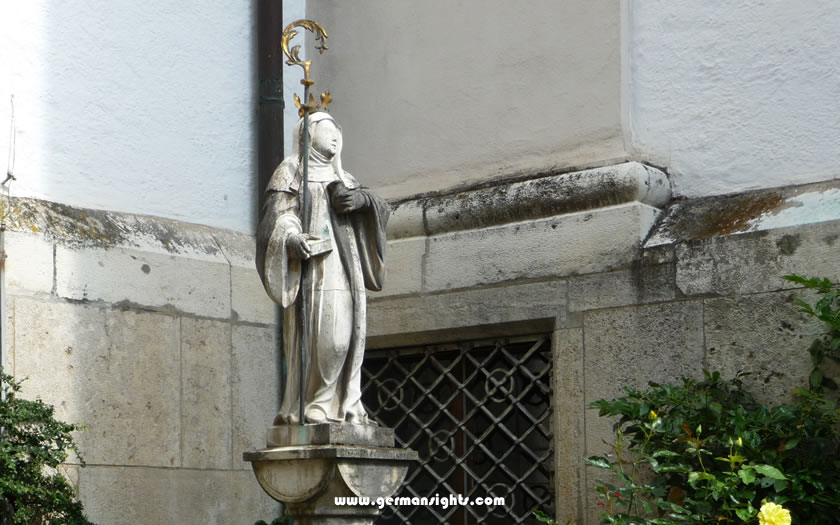 Statue of St Walburga in Eichstätt

The town received its charter in the 11th century and it became one of the independent settlements ruled by a class of noble who combined religious and temporal power: the prince-bishops.

Eichstätt was familiarly known as the 'capital of Catholicism' in Germany and the prince-bishops ruled the city - and created many of its important present-day sights - through to the Napoleonic era.

It was heavily involved in the religious wars of the Middle Ages and much of the old town centre was razed to the ground during the battles of the Thirty Years War. The Baroque appearance of much of the city stems from the subsequent reconstruction during the 17th and 18th centuries. 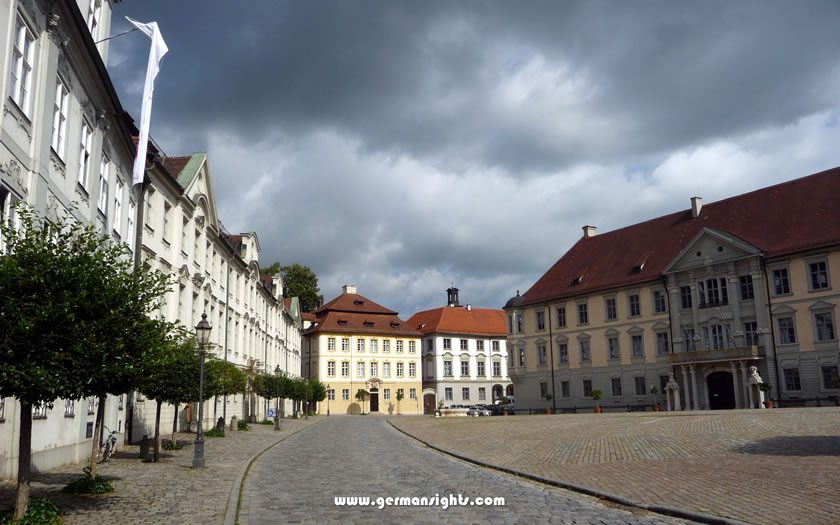 The Residenzplatz square in Eichstätt

The Residence in the centre was first the seat of the prince-bishops and then, when they lost their power and independence, of the Count of Leuchtenberg in the 19th century. (It is now a regional administrative building).

After the secularisation of the Napoleonic era Eichstätt lost its power and independence and became part of Bavaria. Its position as a relative backwater between the more important cities of Munich, Nuremberg and Ingolstadt meant that industrialisation passed the settlement by and that it was spared much of the destruction of the wars of the 20th century.

The city tourist office, located near the cathedral, offers a leaflet (in German) with a self-guided walking tour around the most important sights, while the information centre for the Altmühltal is located just outside the centre near the old city walls.
Tourist Office: www.eichstaett.de (German only)