Kochel am See is a smaller town situated on the lake of the same name (the Kochelsee).

It is located at the bottom of the steep pass and the transport route which links the town to the Walchensee lake to the south.

The German Alpine Road runs through Kochel from near Mittenwald heading towards Bad Tölz. 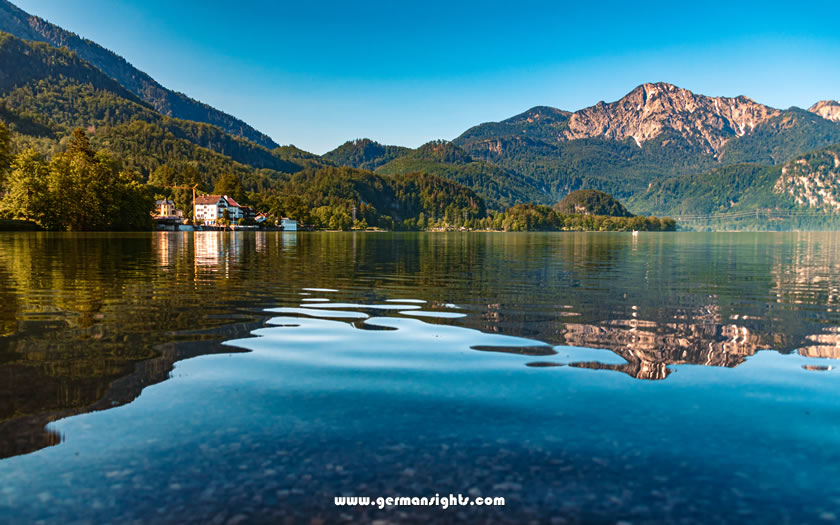 Kochel has a few hotels in the centre of the town and a couple of establishments nearer the lake. Details of some of the accommodation and ways of getting to the town are described on the travel page:
Kochel am See Hotels & Travel

Excavations around the Kochelsee have discovered evidence of ancient settlements near the present-day power station.

The town was once the location of a convent but this was destroyed by Hungarian invaders and, following their expulsion, the area came under the control of the nearby Benediktbeuren monastery. 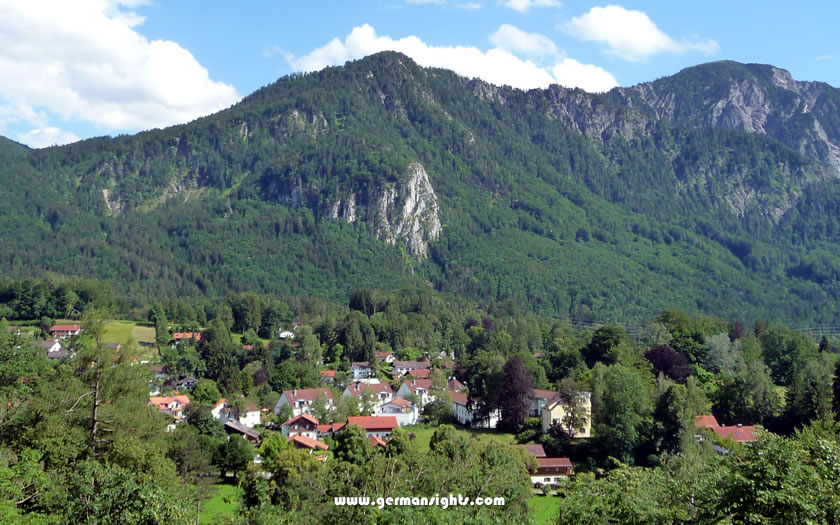 The traditional trading route over the Kesselberg was formalised with the construction of a proper road in the 15th century.

Although the commercial benefits were undeniable, the improvement of the connection between Munich and Innsbruck also made it easier for the armed forces of various states to travel backwards and forwards.

The states of Bavaria and the Tyrol were historic rivals and part of Kochel's local history stems from the disputes between the two over the years.

A 'wonder' is supposed to have occurred when the Tyroleans were planning to attack Kochel across the frozen lake and the inhabitants' prayers were answered by a sudden warm spell which melted the ice.

And the statue in the centre of the village is of the famous "Kochel smith", almost an allegorical figure representing Bavarian resistance to foreign invasion (alternatively the 'smith' is supposed to have fought valiantly against the Turks in former Yugoslavia in the 17th century or against the Austrians at the gates of Munich a century later).

Natural mineral springs were discovered in the 19th century and the town became a resort for the nobility to take the waters with the 'Bad' ('spa') designation. The waters ran out in the early 20th century but by that time tourism had gained a foothold with the construction of the train line from Munich.

Kochel was also known as the home of the Expressionist painter Franz Marc and there is a museum dedicated to him and other members of the "Blue Rider" artists group in the town.

The hydro-electric power station at the foot of the pass just outside the town is one of the largest of its kind and was built in the 1920s. It has a visitor information centre which is open all year round.

A ferry service around the lake is operated by small motorised boats in the summer months visiting the power station and the nearby lakeshore village of Schlehdorf. 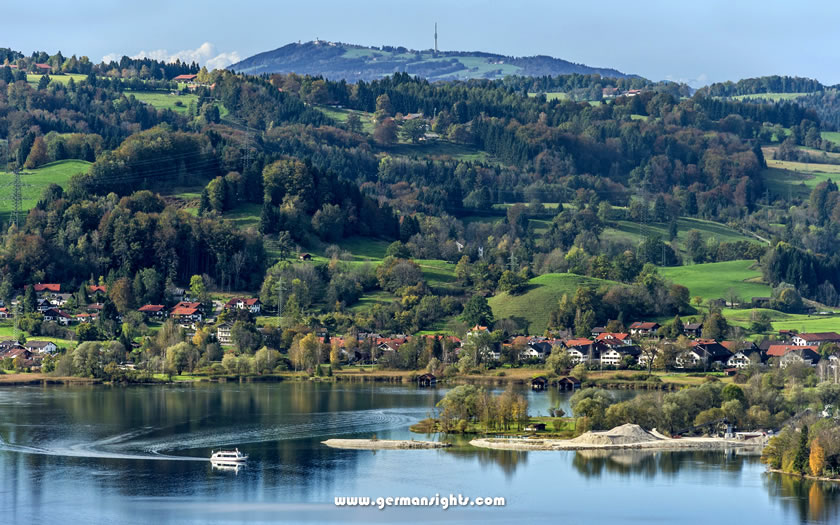 The tourist office is located in the train station a few minutes' walk outside the town centre. It is open Monday to Friday year round and on Saturday mornings in the summer high season:
Website: www.kochel.de