Meersburg am Bodensee is an attractive small port on the northern shore of Lake Constance in the southwestern part of Germany.

Once a residence for the prince-bishops of Konstanz on the other side of the lake, the old town centre is filled with evidence of its history.

View of Meersburg from Lake Constance

The historic town is nowadays an attractive centre for exploring Lake Constance, with regular ferries across to Konstanz and the flower island of Mainau as well as to other destinations along the shoreline.

Details of the best ways of getting to the town and options for places to stay on arrival are available on our Meersburg travel page:
Meersburg Hotels & Travel

Little is known about the foundation of Meersburg am Bodensee. It is thought that there might have been a fortification here constructed by the Franks. The first use of a name recognisable as a forerunner of Meersburg was in the 11th century.

The history of the town is closely connected to the Prince Bishops of Konstanz on the opposite shore of Lake Constance. 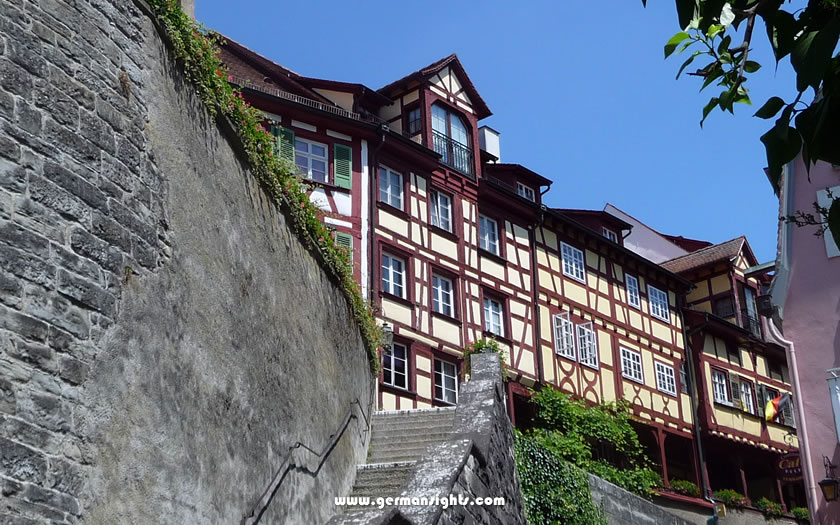 Some of the timber-framed houses in Meersburg am Bodensee

A Prince Bishop was a medieval combination of religious and worldly power with a special place in the hierarchy of the Holy Roman Empire and who controlled towns and the surrounding regions in the Middle Ages.

Meersburg had become the property of the bishops of Konstanz in the 13th century when the ruler of the town died without any heirs. They developed what at the time was a small town around the old castle with city walls and obtained the rights to hold a market. On the shores of the lake, reclamation work extended the area which could be used under the town.

Konstanz had become a Free Imperial City and subsequently the scene of frequent political disputes between the city council and the prince bishops. As Konstanz had also declared itself for the Reformation, the prince bishops decided to move their residence across the lake in the 16th century.

Even though Konstanz later became officially Catholic again, the prince bishops decided to stay in Meersburg and remained in the old castle until the construction of the impressive new palace in the 18th century.

With the secularisation of German states in the Napoleonic era, the prince bishops were removed and the town became part of Baden. As it was no longer an important residence for those in power, the removal of the infrastructure led to an economic downturn which was eventually compensated for by the growth in tourism in the later part of the 19th century.

Part of this was due to the introduction of the ferry service on the lake and the rail connections to other nearby towns. The harbour was expanded and Meersburg became an important location for visitors with its position between Konstanz and Friedrichshafen.

Nowadays the town boast more than a million visitors - including day trippers - in a year.

Both the 'old' and the 'new' castles in Meersburg were formerly residences of the prince bishops of Konstanz and enjoy a stunning position high above Lake Constance.

The 'old' one - the Altes Schloss - is the oldest inhabited castle in Germany and is thought to date back to the 7th century. 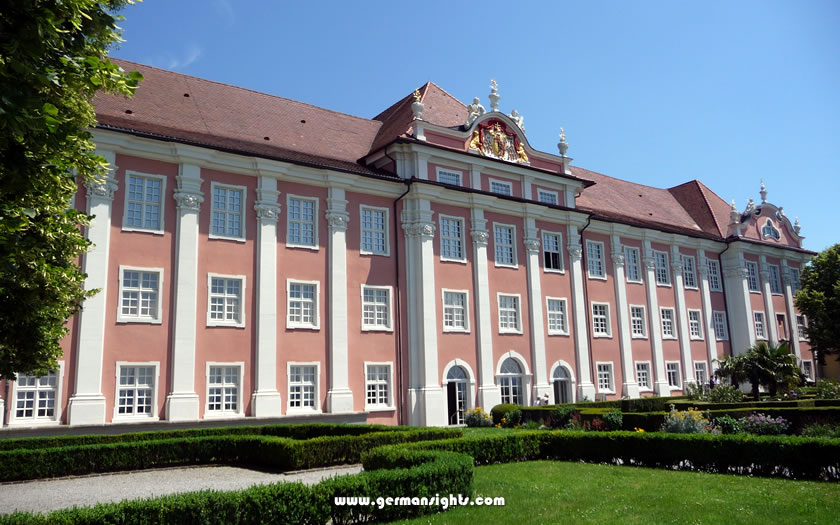 The name 'Meersburg' is thought likely to refer to this imposing fortification - never taken by enemies in its long history. It now houses a museum offering a self-guided tour of various rooms. The castle tower can only be visited as part of a guided tour.
Website: www.burg-meersburg.de

The 'new' palace, the Neues Schloss, is a very different building constructed in the Baroque style of the time at the beginning of the 18th century. It is now owned by the state of Baden-Württemberg and also houses a museum devoted to the history of the prince bishops.
Website: www.neues-schloss-meersburg.de

Winemaking in the Meersburg area can trace its history back to the 13th century but in all probability grapes were being produced on the sunny slopes above the lake far earlier than that.

The wine production belonged to the Prince Bishops of Konstanz and today many of the vineyards above the lake belong to the Staatsweingut Meersburg (owned by the state of Baden-Württemberg). 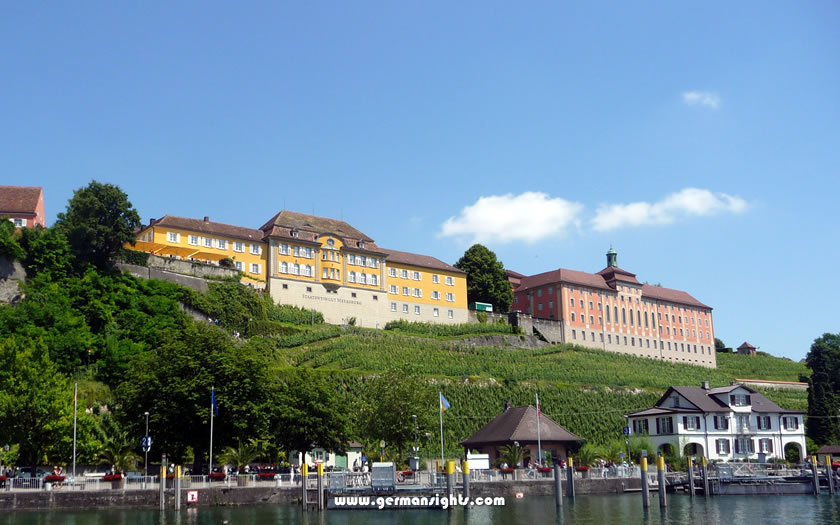 Some of the vineyards under the state winery in Meersburg

There are a number of other private wine (and schnaps) producers in the Meersburg area who are part of the winemakers' organisation ('Winzerverein Meersburg'), one of the oldest in Germany.

The town organises two festivals to do with wine:

The Vineum Bodensee is a museum devoted to the history of the viticulture on the lake located in the upper town.
Website: vineum-bodensee.de

Tourist Office in Meersburg am Bodensee

The Meersburg Tourist Office is situated in the upper town near the start of the pedestrian area. (There is another location with brochures and information in the large wine and cultural centre on the main road.) The main office is open Mon-Fri except for lunchtimes with shorter hours on weekends and holidays.
Website: www.meersburg.de