The 'cultural centre' of eastern Germany

The Free State of Saxony is now a medium-sized state on the eastern border of Germany - but centuries ago it was an independent country which controlled much of the surrounding area.

Two of former East Germany's most important cities are in Saxony - the cultural capital of Dresden and the trading centre of Leipzig. Although Leipzig is the bigger city with better transport connections, Dresden remains the state capital.

North of Dresden along the Elbe river is the town which gives its name to the famous Meissen porcelain. Visitors to Meissen can also take in the historic castle and cathedral in the 'cradle of Saxony'.

Saxony also houses some of the most diverse countryside in Germany, with the Ore Mountains ('Erzgebirge') and the mining communities dating back to the Middle Ages in the southern part of the state and the Saxon Switzerland National Park and its weird sandstone formations in the Elbe valley to the south-east of Dresden and stretching down towards the Czech Republic. 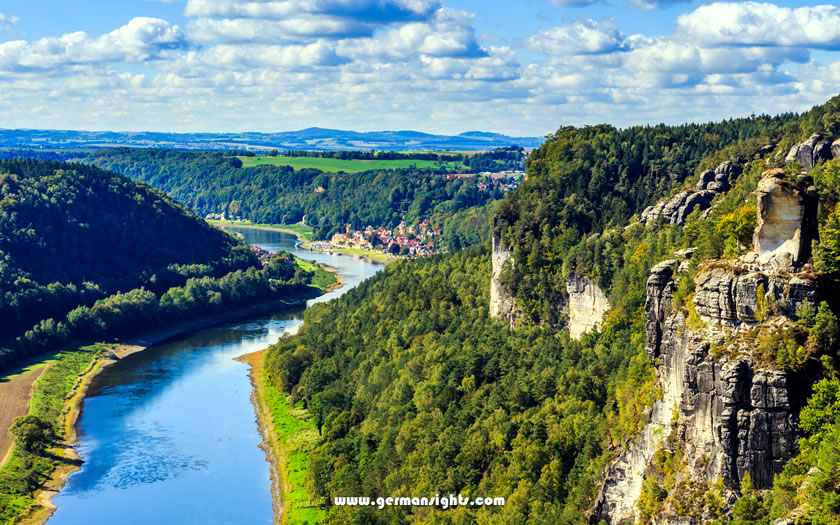 Further over in eastern Saxony, there is the culturally and historically interesting region of Upper Lusatia, home to the Sorb minority.

Görlitz, now a favourite location for Hollywood films on the border with Poland, and Bautzen, the cultural headquarters for the Sorbs, are both located in this area.

The Sorbs have a Slavic identity and this illustrates part of the confusion which often surrounds the name 'Saxony'. The British, especially, will associate 'Saxon' with the Germanic invaders following the fall of the Roman Empire.

However, the territory where the Saxon tribes originated from is covered by some of the current northern German states. Present-day Saxony originates from the old province of Upper Saxony which was created when the Wettin dynasty split from the original province and subdued some of the Slavic territories in the east.

Saxony became part of East Germany after World War II and has suffered similar problems to other former East German states following German reunification: depopulation, higher unemployment, and an aging of the population.

Despite losing around 20% of its inhabitants in the last three decades, it is still the most populous ex-East German state (the sixth-largest in the whole of Germany) and Dresden and Leipzig are two of the fastest-growing cities in the country.

The towns and cities in Saxony covered by German Sights are listed under the Locations link on the top navigation.

The Saxony side menu covers information about travel to and around the state as well as some of the natural and cultural sights.