Bodenmais is the biggest 'resort town' in the Bavarian Forest, attracting visitors for the walking and mountain biking in the summer and the skiing on the nearby Arber area in the winter.

The small town of just under 3,500 permanent inhabitants booms in the summer months with an additional 7,000 guests and is officially recognised as a climatic health spa town.

There is a wide selection of hotels and other accommodation in Bodenmais - more information where to stay and how to get to the town is available on the travel page:
Bodenmais Hotels & Travel 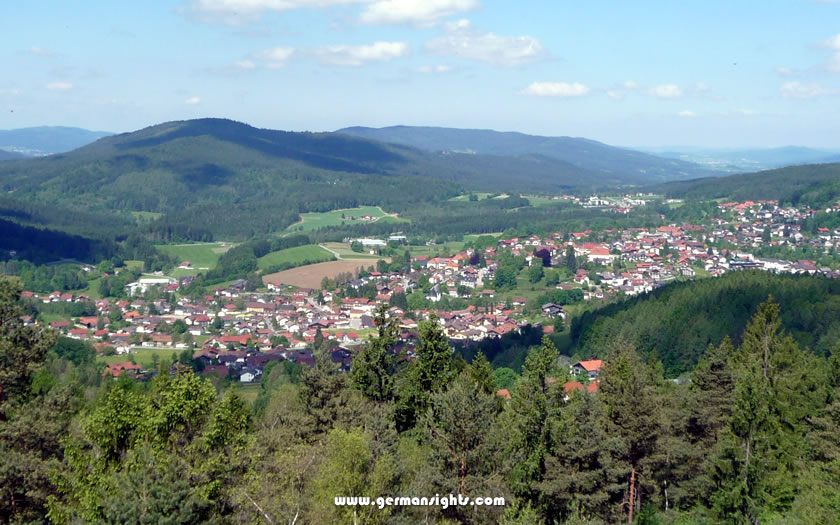 View over Bodenmais in the Bavarian Forest

Bodenmais is a former mining settlement. Originally the production at the beginning of the 14th century was iron ore but later gold and silver deposits were discovered.

Once the ores bearing those minerals started to run out the mining switched to sulphate production (which was used for the colouring of cloth) and finally produced a by-product which was used in glass and mirror manufacture.

The mines were eventually closed in 1962 although nowadays visitors can take a trip into the former mining tunnels on the Silberberg show mine. 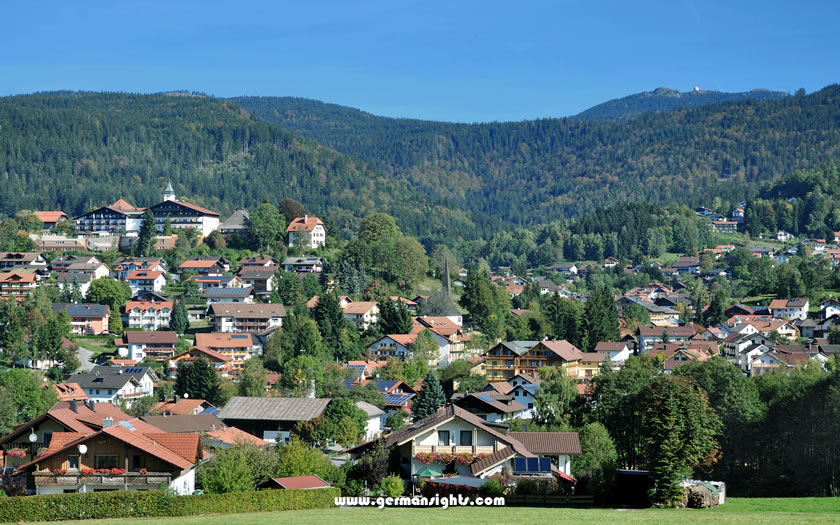 The resort town of Bodenmais in eastern Bavaria

The other important industry in the area was glass manufacture which started back in the 15th century. Glass furnaces were located outside the town for understandable safety reasons but contributed to the expansion of Bodenmais as they cleared the forest around them for fuel for the furnaces and potash for the manufacture.

Now Bodenmais is part of the Bavarian Glass Route tourist trail and is known for its lead crystal. The JOSKA company operates a popular glass display area and showroom outside the town.

The town's tourism started in the 19th century with the concept of the healthy mountain and forest air. After the Second World War, Bodenmais was officially granted the title of a 'Luftkurort' (a climatic spa resort) and it has become the largest tourist destination in the Bavarian Forest with an appropriate visitor infrastructure.

The Bodenmais tourist office is located next to the train station. It is open from Monday to Friday and on Saturday and Sunday mornings. In July and August the tourist office is open all day at the weekends:
Website: www.bodenmais.de