Biberach is an attractive timbered town in the Upper Swabia region of Baden-Württemberg situated in between Ulm and Friedrichshafen and not far from the airport town of Memmingen.

It is also known as Biberach an der Riss, using the name of the local river to distinguish it from other Biberachs in Germany.

A former Free Imperial City in the Middle Ages and sitting on two tourist routes - the German Half-Timbered House Road and the Upper Swabian Baroque Route - the town has much to recommend it as both a day trip from Lake Constance or Ulm or as a base for a longer stay. 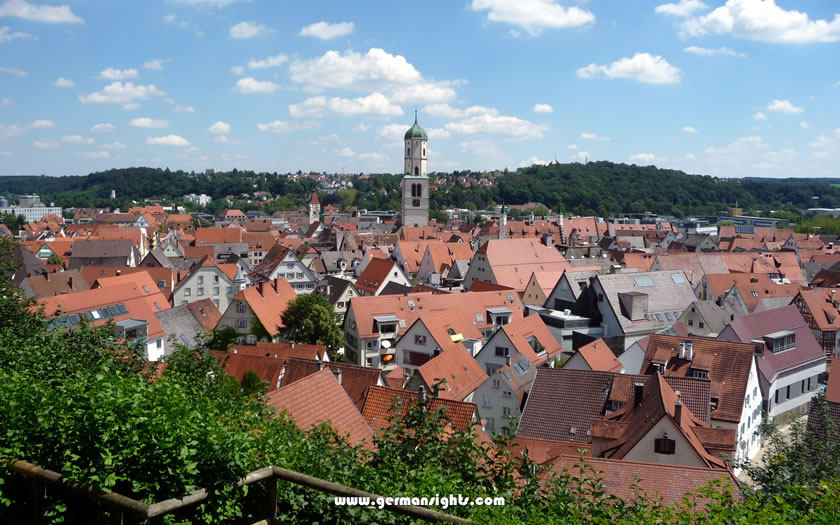 View over Biberach an der Riss from the old town walls

More information about getting to Biberach by road, public transport or air is available on our Biberach travel page along with some options for accommodation:
Biberach Hotels & Travel

Remains of Roman settlement in the area have been discovered but the first mention of Biberach itself was in the 11th century. By the 12th century the town had won the right to hold a market and mint its own coin and by the end of the century was officially recognised with a charter.

Towards the end of the 13th century Biberach became a Free Imperial City, which gave it a degree of independence and influence within the Holy Roman Empire.

The growth of Biberach came about through its weaving industry and, by the 15th century, a quarter of the population were involved in cloth production or trade. 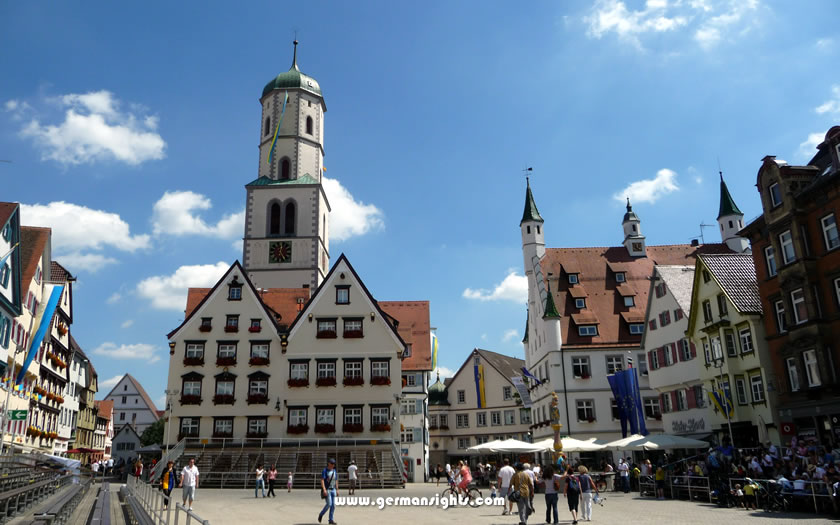 The town centre of Biberach an der Riss

Like most of the towns in Germany, Biberach was badly affected over the Middle Ages by religious strife and subsequent wars and disease. Unlike other places, however, Biberach ended up being a town which granted equal rights to both Protestants and Catholics after the Reformation.

The parish church of St Martin opened its doors to both confessions in the 16th century and it is believed to be the oldest example of what is known as a 'Simultankirche' in the world.

Occupied by the Imperial forces and the opposing Swedish and French armies during the Thirty Years' War, the town was also the site of two big battles in the early years of the Napoleonic Wars.

The town walls, which had been in existence for centuries, had become inefficient at protection against modern artillery and much of the fortified wall was subsequently dismantled, although Biberach still has three of the old towers from the Middle Ages still standing. 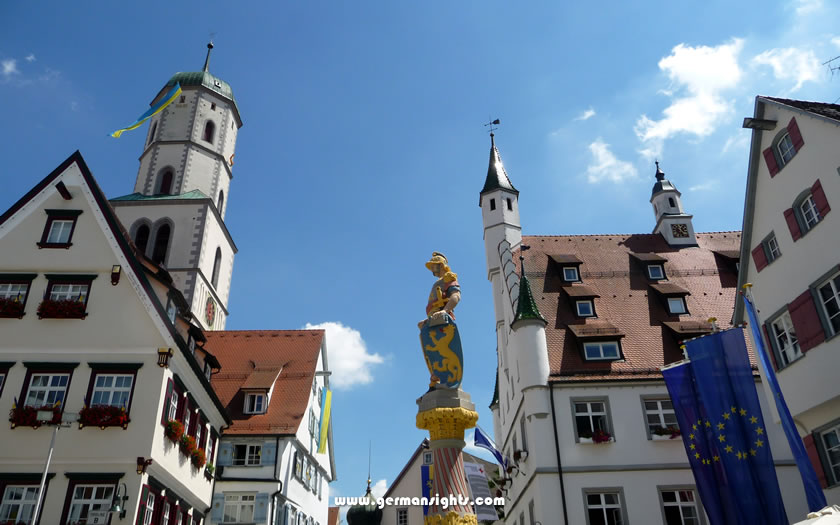 Some of the historic buildings in Biberach an der Riss

Despite all the military turmoil in previous centuries, Biberach's population had remained relatively constant and started to boom in the 19th and 20th centuries, reaching more than 30,000 at the turn of the 21st century.

In the Second World War, Biberach was the site both of a prisoner-of-war camp and of an internment camp for inhabitants of the Channel Islands.

The tourist office is located in the town hall on Marktplatz and is open weekdays and Saturday mornings. They offer a pamphlet with a guided walk around the sights of the town centre.
Tourist Office: www.biberach-tourismus.de (German only)