The stops and stages along the Alpine Road are not as clear-cut as the better-known and more popular Romantic Road.

Generally and historically it is assumed to run west to east but could, of course, be equally well reversed. We've supplied both options for those who are undecided.

And the distance of 450km could easily be covered in a couple of days.

However, given that most visitors would take around a week to see the sights, we have selected a few stops that would seem logical along the way. A quicker route can be mapped out just by combining the shorter stages. 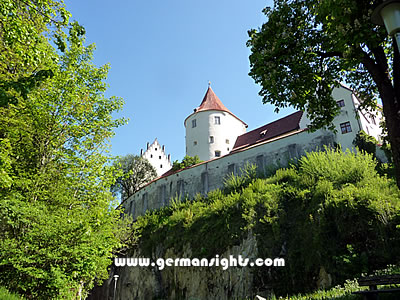 The distances between each town are marked next to the second location - thus between Lindau and Oberstaufen the distance between them is after Oberstaufen.